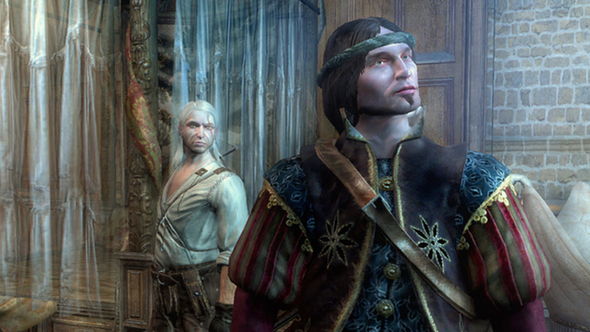 May 16, 2019: The Witcher: Enhanced Edition is currently back up for grabs as apart of another promotion for spin-off card game Gwent.

The first instalment in CD Projekt Red’s The Witcher series is currently up for grabs for free if you have Gwent installed. Much like before, all you have to do is sign up to GOG’s newsletter, and you’ll get The Witcher: Enhanced Edition for free alongside a free Gwent Card Keg.

The Witcher initially released back in 2007 but was fraught with bugs and issues with translation. The Enhanced Edition, however, came out a year later and brought with it a slew of bug fixes, improved graphics, and character animations. Alongside the graphical tune-up are fixed and improved dialogue and additional in-game content.

Geralt may be more famous for his most recent adventure in the Witcher 3, but the original Witcher is no slouch, either – provided you’re able to power through an experience that’s a bit rough around the edges. Geralt’s digital debut is still a fabulous game, filled with all the grim choices and ugly role-playing you could hope for. (I’m honestly not sure I could take another trip through that swamp, though.)

It’s an ideal time to get into the Witcher series if you’re on the fence. CD Projekt Red has yet to announce the Cyberpunk 2077 release date so we can assume the Polish developer will be busy for a while. While we’re currently unsure if we’ll get The Witcher 4, we do know that CD Projekt Red has plans to release two triple-A titles by the end of 2021. With one of those being Cyberpunk 2077, it’s currently up for grabs what they second may be.

Related: These are the best RPGs on PC

If you’ve already installed Gwent (it’s free, for the record), you can hit the sign-up page to claim your reward. Doing so will add a free Gwent Card Keg to your library, and will make the Witcher: Enhanced Edition free on its store page, allowing you to either claim the game for yourself or gift it to a friend. You can find loads more freebies in our handy best free PC games feature!