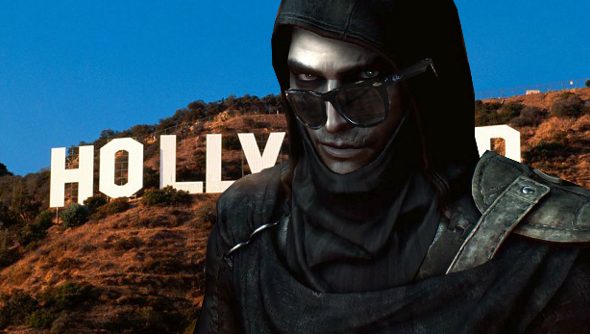 Thief is the latest game franchise to be swallowed up by the Hollywood movie-making machine. Garrett’s adventures will be making their way to the big screen courtesy of Vertigo and Prime Universe.

Despite the automatic cynicism that movie spin-offs inspire, there are plenty of elements in the venerable franchise that would be a joy to watch in the cinema. The City, especially, is something I’d very much like to see given life.

Warning bells are already going off though; much like they did in our Thief review.

Prime Universe and the Thief movie’s producer, Adrian Askarieh, have adapted a game before: Hitman. Yes, that very silly Timothy Olyphant travesty. Nothing was done with the source material beyond trying to cram it into the tiny box that is your typical action movie.

One can only hope that the terrible critical reception Hitman received will inspire greater effort with the Thief spin-off. There’s a first time for anything.

Anyway, time for speculation! Will it be closer to the new Thief, or Looking Glass’ originals? Who would make a good Garrett? What are the chances it will actually involve heists and thievery?

Cheers, The Tracking Board.