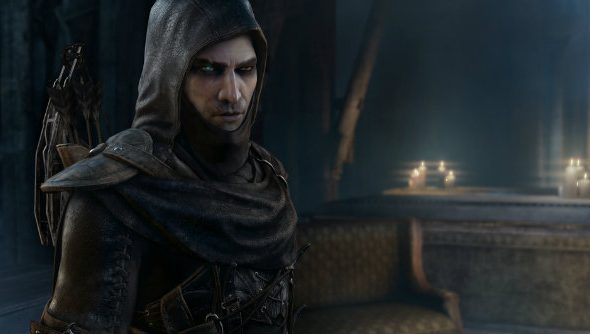 That’s right, there’s going to be a movie based on the 2014 Thief reboot. You know, the one with the story about the thing with the thing, where the broody guy had to steal the thing to save the thing.

The games in our picks of PC’s best free games are a steal.

Straight Up Films have acquired the rights to adapt Square Enix’s Thief into a movie, according to Hollywood Reporter.

The film’s screenplay will be written by Adam Mason and Simon Boyes (Misconduct, Not Safe for Work) and is planned to take place in a “dark fantasy world where a master thief tries to restore freedom denied by a magic-wielding tyrant,” mirroring the forgettable plot of Square Enix’s 2014 Thief reboot.

No actor or director have been announced as yet, but I reckon they should go with Leonardo Dicaprio for Garrett – surely this will net him that second Oscar win.

I’m sad now because I just remembered how good the Looking Glass-developed Thief games were.

First we find out the Assassin’s Creed movie already has a sequel planned, then we discover there’s a Tomb Raider film in the works. Are videogame movie adaptations the new comic book movie adaptations?