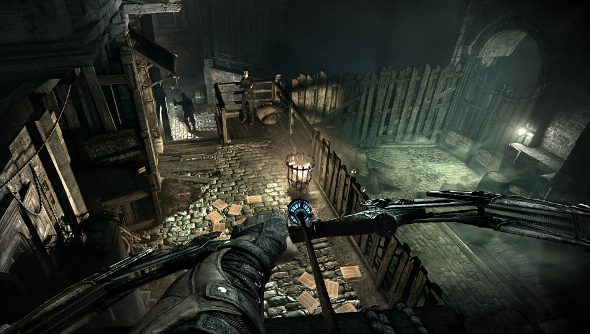 Thief is out of the shadows; here’s our Thief review.

The Thief companion app (available on iOS and Android) promises to provide insight into the world of Thief, but only if you buy it. The “lite” version is just a glorified news tracker, coming out later this month, spewing out news, screenshots and trailers so you don’t have to find them yourself.

If you shell out an admitedly measly $2.99, you’ll get the full version which provides some maps, an IGN wiki and part – but not all – of the Thief comic. The in-game functionality is pretty minor, with the app tracking loot and stats while you play the game. The full version will be available at launch, full details below.

I suppose I’ve put my phone to worse use.