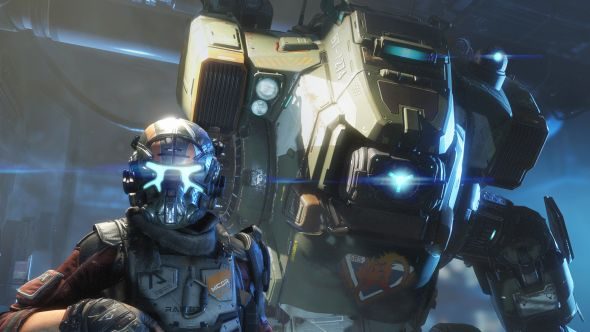 Financial services and investment banking firm Cowen have downgraded EA’s shares in anticipation of poor Titanfall 2 sales. Though Battlefield 1 is expected to exceed forecasts, the close proximity of the two releases and the immediate release of Call of Duty: Infinite Warfare are likely to impact Titanfall 2.

Which of this year’s three big shooters will make it onto our list of the best FPS games, if any?

EA were initially expecting Titanfall 2 to sell 10 million copies, while Battlefield 1 was expected to hit 15 million, both in their first year. Cowen had previously forecast 9 million sales for Titanfall, but that estimate has now been lowered to between 5 and 6 million, say Investopedia.

“We are downgrading EA shares… because we believe that ‘Titanfall 2’ sales are going to be substantially disappointing, enough to offset upside from ‘Battlefield 1,'” analyst Doug Creutz wrote in a note to clients, via CNBC.

“We expect a correction in shares between now and early next year as we believe the stock is priced for upside to current Street consensus.”

Earlier tonight I ran a story on Respawn speaking about Titanfall 2’s release date, saying it was locked in and “there was no changing it”. In that post I speculated that EA believed that releasing both shooters so close to COD would put Battlefield well ahead of its closest competitor, as there would be two games eating into its sales.

Cowen believe this is the case, too. “We suspect EA believed that by launching two shooters next to Call of Duty it could put a large dent in its biggest competitor, but instead EA appears to have wound up shooting its own foot off,” wrote the analyst.