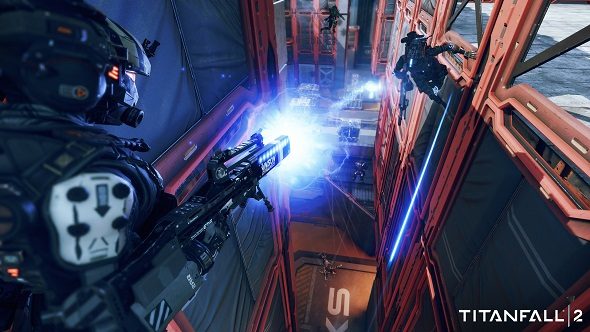 Two new maps are landing in Titanfall 2 next week – one for standard game types and one for the new Live Fire mode. Both are free, as are the new execution and faction that release alongside them.

For more shootybangs, check out our list of the best FPS games.

All the upcoming DLC was laid out in a recent post by Respawn, so there’s more to come in the next month or two, including two new maps and even a fresh Titan.

For now, though, Glitch is a medium-sized map that’s tailored to objective modes. As you can see in the trailer above, there are plenty of twists, turns, and scalable vantage points for the parkour-savvy player to take advantage of.

As for the new faction, it’s the MRVN – you know, those robots with the smiley face emotes. Pledge your allegiance to them if you like happy faces, I suppose.

On top of this lot, there are some other tweaks, including a new look for the main menu, an increase in Pilot Gen, Private Match options for Live Fire, and a new execution called Get to the Point.