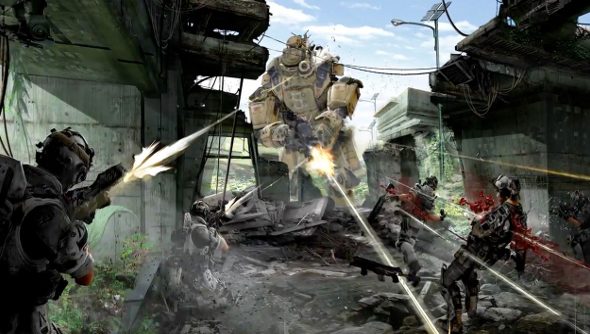 Vince Zampella revealed the minimum system requirements for Titanfall earlier today on Twitter. They aren’t very demanding. An 8800GT is recommended as the bare minimum for graphics cards, with an Intel Core 2 Duo 2.4GHz CPU and 4GB RAM.

These are just the requirements to run the game without your PC popping off this mortal coil, so don’t expect all the bells and whistles.

Respawn isn’t quite ready to announce the beta yet, Zampella revealed before posting the minimum system requirements.

Need to put a build through certification and pass before we officially announce a date for beta.

The beta was confirmed last week and the alpha was only available on Xbox One, so this will be the first time a lot of players will see it in action outside conventions.