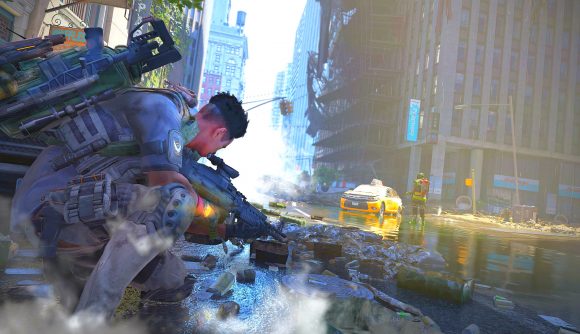 The Division 2 has just been treated to a hefty update, marking the first changes to the game since its Warlords of New York expansion dropped earlier this month. Along with a batch of adjustments to the multiplayer game’s Seasonal Manhunt system, developer Massive Entertainment is also adding some big changes to how difficulty scaling works to “make playing together easier”. Read on to find out what’s in store for patch 8.4.

As of the update, Seasonal Manhunt now lets you gain progress at the Normal difficulty level and above, which means anyone playing in a group can earn progress, regardless of which level its leader opted for. In addition, the system now has its own specific UI button “that allows players to reset the Manhunt to replay it”. The Global Difficulty will no longer be bundled into one option with it. Sweet.

This works both ways, though – this change means you’ll need to reset the Seasonal Manhunt separately, as it won’t now be reset by the Global Difficulty option.

In terms of balance changes, update 8.4 brings reduced “NPC damage output for all difficulties”, and this “applies to all NPCs and activities and enemies will do less damage to players compared to their current damage output”. Plus, health and armour will now be based on a given activity’s difficulty, and NPCs’ own armour and health will now reduced for group scaling, except at the Heroic and Legendary levels, where they’ll have more. Gulp.

Developer Note:
“The game was tuned in a way that playing the exact same enemy composition at higher difficulties and higher player counts would match to the expected gear of that difficulty and extra players added. However, since the game also adds more Elites and Veterans to accommodate higher difficulty and player counts, this caused tuning to overcompensate health and damage higher than intended.  We are thus lowering many of these values.”

Developer Note:
“These changes should make the Cluster Seeker Mine feel a bit more responsive.”