Ever looked at Hogwarts’ Great Hall and felt the urge to grind along one of those massive tables? How about recreating Dumbledore’s little tumble from the astronomy tower but on the back of a skateboard? Well, you’re in luck! YouTuber Skramblez is something of an expert when it comes to creating custom parks in Tony Hawk’s Pro Skater 1+2, and their latest design is Hogwarts re-envisioned as a skateboarder’s paradise.

It’s clearly been built first and foremost for playability, so don’t expect a to-scale or wholly faithful recreation, but it’s still undeniably Hogwarts. What’s more is that it actually looks like a genuinely fun, well-designed playground to muck about it for a bit. The video embedded below of Skramblez whizzing around the place as Harry, Ron, and Hermione is sure to make you envious of both their skateboarding skills and creative wizardry.

Notably, they’ve also taken on the challenge of turning Peach’s Castle, Hyrule Temple, and the City Escape level from Sonic Adventure 2 into custom parks. Suffice it to say, they all look equally enjoyable. If you fancy giving any of them a go, simply search for Skramblez within the custom creations menu. As all creations are platform-locked, they should only be playable on PC.

Here’s Skramblez showing off in Hogwarts: 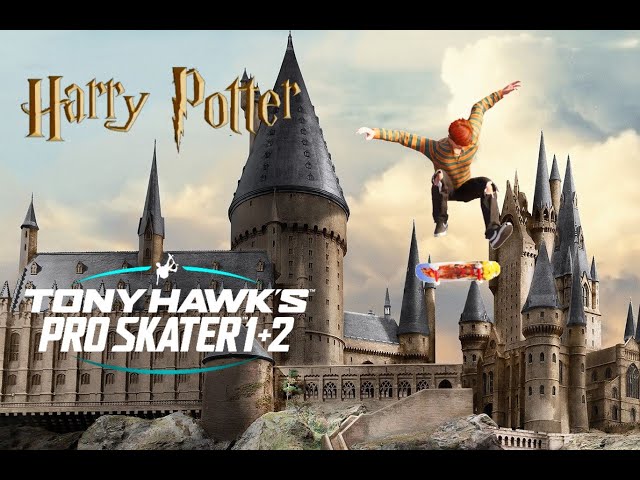 In our Tony Hawk’s Pro Skater 1+2 review, we called it “a loving capturing” of the first two entries in the series, and concluded that both games still “play superbly”.

While it isn’t currently available on Steam, you can always grab it from the Epic Games Store. And if you’re searching for more simulation game goodness, we’ve got you covered.