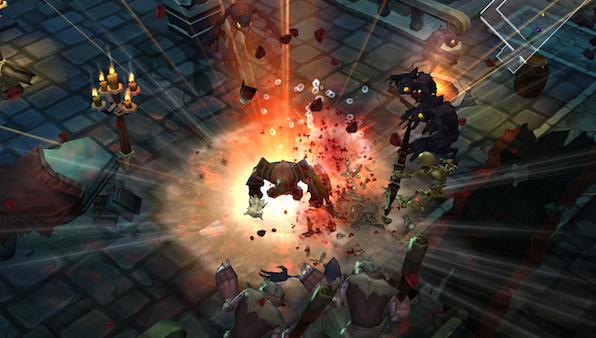 Torchlight was very nearly published by Microsoft. Runic Games’ action-RPG was discussed at length with Microsoft, before eventually being published by Perfect World.

Here’s our list of the best RPGs on PC.

In an interview with Kotakufollowing the closure of the studio, Runic Games’ founder, Travis Baldree, says “extensive” conversations were had with Microsoft ahead of the game’s eventual publication in 2009. Around that time, Baldree was a very significant part of Runic Games, working as the company president, as well as lead engineer and game director. While he left the company in 2014, he did have some memories to share about the games’ original development.

Baldree says “we pitched Torchlight to Microsoft and had extensive meetings, a company vetting, and it all seemed to be going so well. To our shock, at the end of the arduous process, they decided they’d rather have us make a Fable game for them.”

Runic obviously declined that offer, and went on to publish Torchlight and its sequel, in 2009 and 2012 respectively. They ended up doing so well with the game that just before it first shipped, a Microsoft representative came up to Baldree and asked “‘“Why didn’t you come to us to publish this?’”

Runic Games released Hob, a beautiful action-adventure game, back in September, but the studio’s closure was announced over the weekend, just hours after fellow Perfect World studio Motiga.