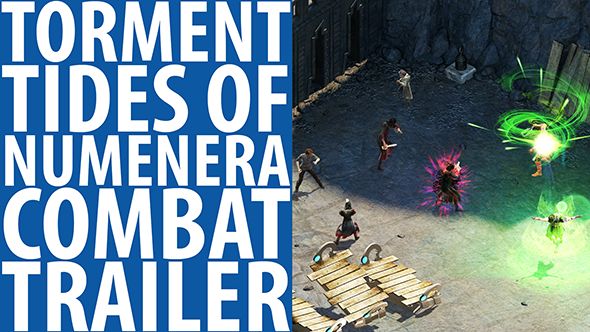 Conflict is the essence of a good story, so it’s to be expected that a story-driven RPG, like Torment: Tides of Numenera, will be rife with it. As we count the days to its release, a new trailer shows off the many ways in which you can straighten things out in Torment should they get twisted.

For more conflict and drama, check out the best RPGs on PC.

There are special, one-use items, called cyphers, which you’ll probably want to save for the toughest fights. The catch: if you hold too many at once, they can poison you or even explode.

You can call on your allies to help instead, if you like. Up to three can join your party, and all are controllable if you get into a scrap. That’s not counting the magical minions you can summon with abilities and special cyphers. For instance, the ‘Jack’ class – yes, it’s a class – can conjure illusory warriors to help you flank your targets.

If you’re more a lover than a fighter – or perhaps a liar or a sneak – then you’ll be glad to know that Torment will let you resolve conflicts by lying to other people, not to yourself. A silver tongue can get you out of many a tight spot, and even if it comes to a fight, you can still try to persuade, deceive or intimidate an opponent into giving up.

Of course, sometimes you will die despite your best efforts. That’s just life. In Torment, death condemns you to the castoff’s labyrinth: a maze in your mind which only conceals further secrets, and perhaps a path back to life.

Torment: Tides of Numenera launches out of early access on February 28. For more, check out the website.