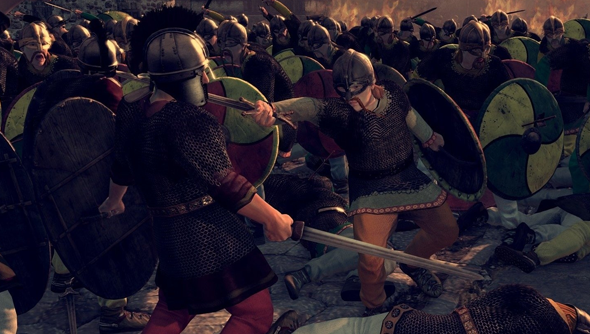 After a year of updates, both free and premium, and a whole new campaign, Total War: Rome 2 has become a formidable strategy game. Today, they launch Attila, a sort of standalone sequel, that builds upon the improvements Creative Assembly have introduced over the last year.

How did we get here? And what’s next. We asked Creative Assembly’s Al Bickham and Janos Gaspar.

After the launch of Rome II, a new team was set up to improve and update the game. As Bickham notes, there isn’t really an aspect of Rome II that wasn’t tweaked or improved, and these changes came with brand new content, culminating in a chunky civil war campaign. Bickham and Gaspar rattle off feature after feature: unit balance, late game economics, AI, the family tree and politics system.

“What it made it easier for to make improvements and, especially, new content updates as well, is we’ve now, since Rome 2 launched, we now have a completely new, separate content team,” explains Bickham. “They go away, they do the research and the come back with new ideas for campaign packs”

Feedback from the community, voicing their opinions on the forum, also lead to a diverse array of changes and additions. “[Rome II] is the biggest Total War, with the most players, so we had a lot of feedback from players who didn’t even play Total War before,” says Gaspar. “It expanded on the number of players and the type of players. More casual players picked up Rome 2 more than any other Total War before, and there are a lot of super hardcore die-hard fans… and they want different things.” 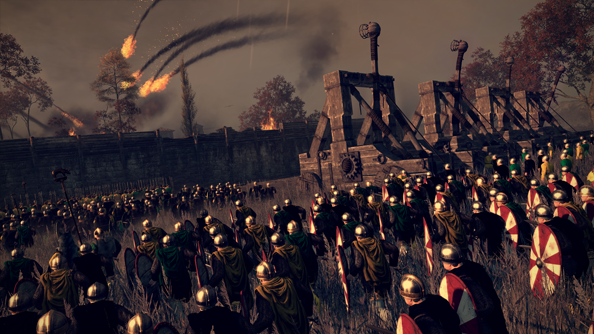 The end result was a massive, sprawling game with a multitude of new factions, campaigns and redesigned systems, a significant portion of which was given out for free. “We just wanted to do it as a thank you to the fans,” says Bickham. “If you buy Rome 2 now, you get the Emperor Edition, so new players obviously pay for the new game, effectively, but it was just a thank you to the fans for enjoying the game for so long and sticking with us.”

All of the updates to Rome II had an impact on the Attila, with the development of the new game and continued development of Rome II running concurrently “Attila is essentially based on the Emperor Edition,” Gaspar tells me. “So we started work on Attila more than a year ago, and every update, every gameplay change, every patch was integrated into Attila.”

“Building on that, having that strong final, finished framework for Attila to build upon, has let Janos and his team work on making something that’s really unique,” Bickham says. “We’ve got some really different new mechanics, like the horde mechanics, the way you can march around the landscape as a free agent almost, as your faction, you don’t have to settle a city, you don’t have to be bound by regions. You can kind of roll around the map and destroy, or pack up your home, put it on your back and take it with, and move to a more fertile part of the world.”

Attila, at a glance, is more than a little evocative of the original Rome expansion, Barbarian Invasion, but Gaspar is quick to point out that there are substantially different themes. “It’s not just about a barbarian invasion, it’s not just about breaking down the Roman Empire; it’s about building a new Europe, about progressing into the Dark Ages.” 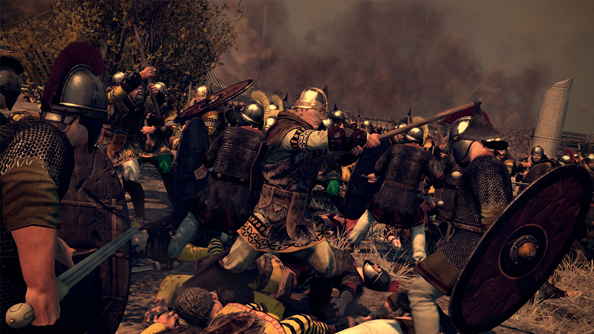 It’s still a historical sandbox, though, so elements of the Dark Ages can come into play a lot faster than they did in reality. By focusing on specific tech trees, for instance, a player could start recruiting units from the 7th Century and even a bit beyond. To put that in perspective, Attila was causing a ruckus in the 5th Century, and kicked the bucket in 453.

Terms like hordes and barbarians conjure up images of fur-clad hirsute men, always looking for a fight, possibly drunk. It’s an enduring stereotype that’s thousands of years old. But the so-called barbarians before them, the migrating tribes that clashed all over Europe had all the trappings of civilization – including politics.

“We wanted to add more intrigue into the game, something that enforces the vision of the breakdown and the destruction,” Gaspar explains. So the politics system and family tree returns, but expanded.

“The two intertwining systems, what they do in Attila, which I think we’ve done better than we’ve ever done before, is they intertwine the characters of your faction into a game in a way that generates stories and really brings them to life,” clarifies Bickham.

Emergent stories are what’s being promised. Sons clashing over who got to be heir, generals growing so arrogant than rivals murder them, entire tribes split up in civil war – there should always be something going on in your family. And the impact of these events can spread beyond a single faction. 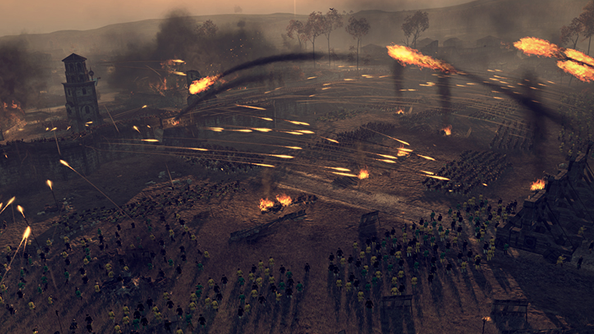 Hordes don’t care much for borders. They will happily wander into someone else’s land and starting pinching resources. That’s probably not great for the host faction. But if that horde tears itself apart, with two groups vying for power, then that’s going to spell even more trouble for the faction’s that’s stuck with them on their land. What a sight, waking up one morning and looking out the window to see two armies duking it out in your back garden.

Like Rome II, Attila will grow after launch with a mix of free updates and premium DLC. Gaspar says that it will be a similar cadence of updates, thanks to the post-launch content team. With Attila breaching the walls today, the main team will be able to focus on the next Total War game. With the gap between Rome II and Attila being only 18 months, we might see their successor quite soon.