How is Rome 2’s new lease on life? Here are our hands-on impressions of the Empire Divided DLC.

The latest DLC for a game which turns five this year will add four new playable factions, each with unique rosters, new building chains, and new tech trees. As the trailer (above) indicates, the titular kingdoms are Nabatea, Kush, Masaesyli, and Saba, who look like they’re bringing armoured camels to the party. 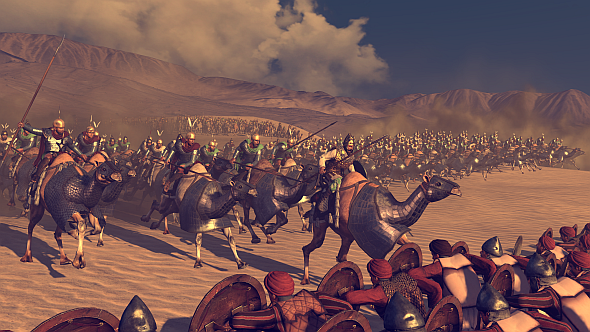 The culture pack will release on March 8 alongside a free update, which will add new female leaders and generals to all campaigns and factions. Highlights include Teuta, queen regent of an Illyrian tribe, and Cleopatra, who needs no introduction.

As is tradition with Creative Assembly, there’s a 10% discount off its usual price of £6.99 ($8.99) if you pre-order the DLC before its release date. You can do that on Steam here. For more information, check out the announcement blog.