Out of all the historical Total War games, Rome II still commands a solid core of loyal fans even though the ancients-era strategy game has been around for nearly eight years now. It’s safe to say, a large part of the game’s enduring appeal is the mod scene.

Rome 2 mods helped uplift the game when it wasn’t at its best, and as the game matured these same creations helped keep things interesting with various overhauls, realism projects, and other quality of life changes. Divide et Impera is a long-running project that’s currently the second most popular mod on the Steam workshop, and it’s just got a new major update.

You can read the full patch notes, but in summary this update brings new and improved units to a number of actions, new UI features for population and supply mechanics, new buildings, and some fixes for some long-running bugs that have been previously reported. This update brings the mod to version 1.2.7, and it was previously in beta for a few months.

The team behind this mod has been working on this project since 2013 and Divide et Impera is second only to renowned Total War modder Radious’ own Rome 2 offering in terms of subcribers and popularity. Even then it’s a close run thing. Impera has also won several awards, including ‘Best Overhaul’ from the Total War Center forums five years in a row. 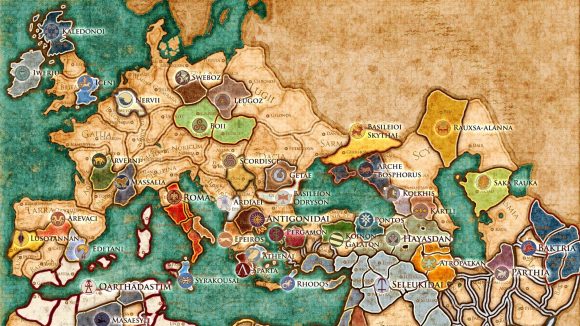 At the time of writing, Rome 2 enjoys 24-hour peaks of around 10,000 players. For comparison, Total War: Three Kingdoms is currently at around 15K for the same stat, and it’s a much younger game.

Did you know: Total War: Warhammer III has been announced

Divide et Impera is available via the Steam workshop, so if you already have it it should update automatically, although you can also grab a stand-alone version from the mod’s official website.