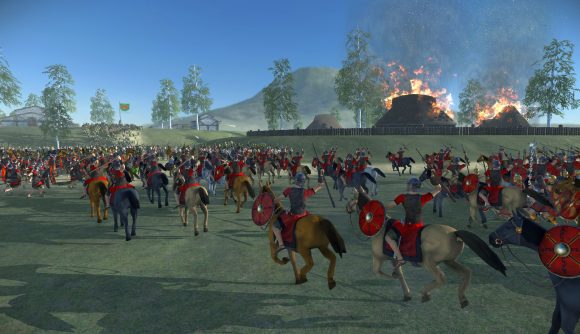 Total War: Rome Remastered has been out in the wild for almost a month now. It brings the cult classic Total War game into the modern age and is one of the better remasters we’ve seen in recent times. As our Total War: Rome Remastered review points out, it’s unlikely to win over anyone who wasn’t already a fan from the original’s heyday, but nostalgic strategy gamers will still find plenty to love.

Feral Interactive – a studio that’s now well regarded for handling legacy strategy titles and porting them to Mac, mobile, and beyond – is leading the development of the remaster. The team has today released a stability update that seeks to deal with some of the more critical issues.

Patch 2.0.1 fixes several crash-related issues, including one where the game would break whenever animal units would try to cross a bridge. Other quality of life fixes include changes to compensation, and unit behaviour in tactical battles. There’s even been a couple of fixes for mods. Feral states in the patch notes that the aim of future updates will be to “investigate and improve areas of the game including AI, pathfinding, and modding functionality”.

As a reminder, this is a beta patch, so you’ll need to opt-in if you want to help test it out. Patch 2.0.1 will be a public branch you can access via the ‘Betas’ section in the properties menu for the game.

There’s no timetable as to when the update will be made available for everyone, but these test periods don’t typically run beyond a few weeks.