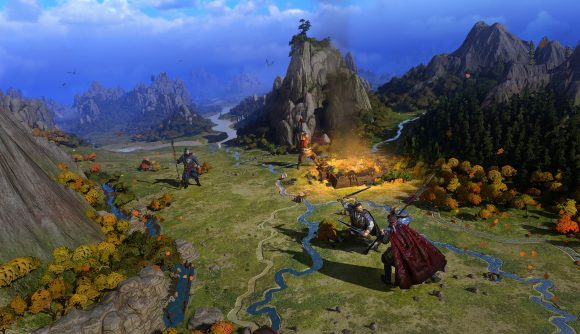 A new beta patch for Total War: Three Kingdoms is now available for testing. Update 1.7.1 is incredibly lean, but its main aim is to address two long-standing errors regarding Three Kingdom’s portrayal of China, namely that Mount Song and the Hulao pass were in the wrong place.

This may not seem like a big deal for some, but Three Kingdoms has been praised for its rendition of this iconic period in Chinese history and the infamous Romance of the Three Kingdoms text. It’s also the first Total War game that’s tried to capture the hearts and minds of Asian audiences, so much so that all of the patch notes for the game are offered in Simplified Chinese in addition to English.

Getting the location of one of the ‘five great mountains’ of China right seems only polite, then. The patch also adds some more impassable areas around the Yellow River to prevent easy avoidance of key passes. These were given an uplift in the 1.6 update and their own bespoke battle maps, so it’d be useful if they weren’t made immediately redundant by going around.

There’s also been the usual round of bug-fixes and tweaks, and you can get all of the details by reading the official patch notes. 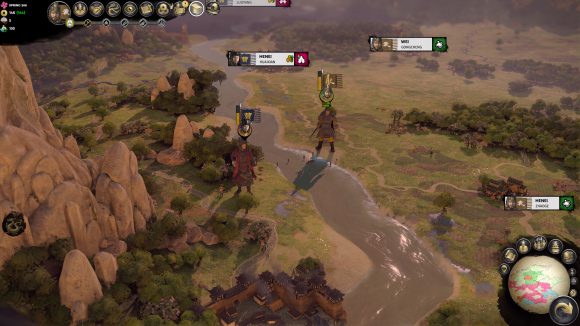 You should also be aware that, since Mount Song has been moved, certain opening cinematics that do a fly-by of the peak will experience graphical glitches as they haven’t been altered yet. The team know this is a thing and is working on it.

As a reminder, this is a beta patch, so you will need to opt-in using the usual method of Steam beta branches. There’s no timetable yet for when the patch will leave beta.

We’re not sure what the current plan is for Total War: Three Kingdoms, which turns two years old at the end of the month. The last official word we had was via one of the games’ social media accounts in China, which claimed the next major patch was due “within two months”.