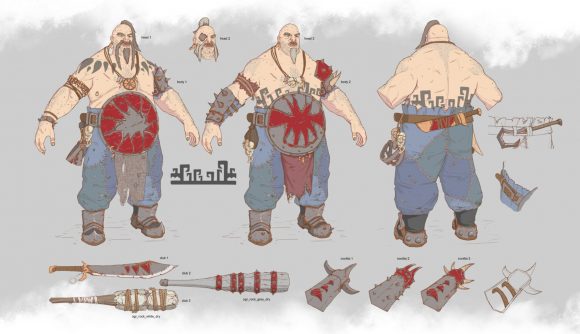 Just yesterday, Creative Assembly and Sega unveiled the final Total War: Warhammer 2 Lords Pack, The Silence and the Fury, and hinted at some more surprises to come soon. Well, all has now been revealed: Ogre mercenaries are coming to the strategy game for free, and it there are hints that more “might lie in their Kingdom”, too.

Alongside the new purchasable Lords Pack, which arrives on July 14, there'll be a Ogre Mercenaries pack coming which you can scoop up for free if you're signed up to Total War Access. This, as you might well be aware, means the Ogres are coming to the Total War: Warhammer series for the very first time, and they'll come in the form of mercenaries – a kind of hireable unit that'll battle on your side “so long as you keep them fed, watered, paid, and in combat”.

Ogre camps have a chance of popping up whenever an “act of destruction” occurs, Creative Assembly explains – so, that's whenever battles, sieges, settlement sacking (or razing), and the like happen. You can interact with the camps using your army, then pick the tribe you want to bring on board and set their pay. When they're then made available, you need to recruit them into your chosen army – and then keep them happy to keep them hanging around.

There are five units on the way overall, which come in three main types. Ogres are “big, brutish, and extremely violent” – so, no surprises there – and use their size to their advantage. They bring skills like a “bull-charge”, siege attacking, a “Monstrous Infantry” option to factions that don’t usually have access to it, and they can cause enemies to quake in fear. There are two variants – mace-wielding and dual-weapon – with the latter adding a bonus stat against infantry for “some truly murderous rampages”. Gulp. 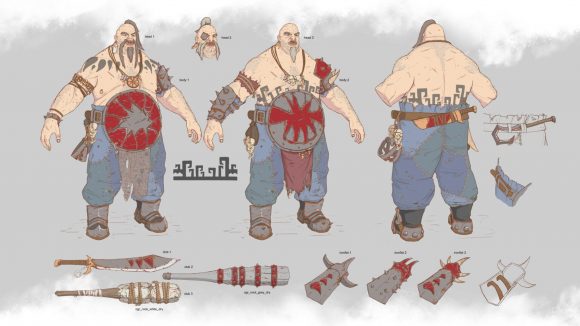 Ogre Maneaters are veteran mercenaries with years of battle, and devouring their fallen enemies, behind them. They tend to come in small bands and don’t tend to carry the exact same kit as each other, so can end up with a “dizzying array of different weapons and combat techniques”.

The two variants are Ogre pistol- and great weapon-carrying options, and their notable strengths include a “hybrid monstrous unit for some real flexibility on the battlefield, both variants being immune to psychology”. The pistol-wielding versions can fire while moving and can weaken foes before they make contact, while the great weapon Maneater gets the usual bonuses for charging and against large units. 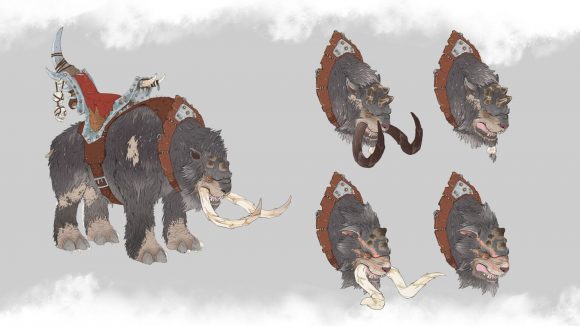 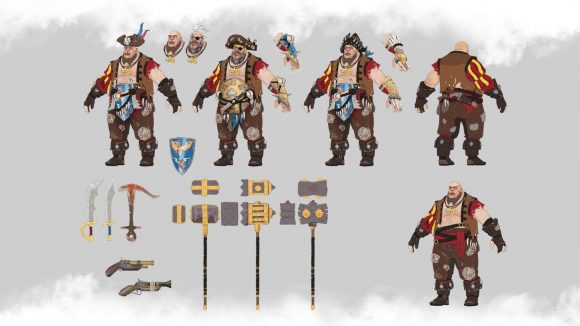 The Ogres’ cavalry is the Mournfang – a huge, tusked beastie with thick skin and hair, who can charge forward at enemies rapidly, chomping, slashing, and stamping on them as they go. As you’d expect, these are a mighty cavalry option to have on side, and Creative Assembly calls them a “truly powerful, armour-piercing, top-tier unit”.

While these are coming to Total Warhammer 2, specifically, it sounds like the studio has plans for the Ogres in the series’ future, too, with it describing the mercenaries as a “taster, a mere morsel of what might lie in their Kingdom”, while confirming that this is the “final major addition” to the game. So, while it’s not confirmed at this point, it sounds like there’s a chance we could see Ogres stampede into Total Warhammer 3. There’s no Total Warhammer 3 release date just yet, but it’s due to arrive at some point this year. You can check out all we know about the game so far via that link.

With the Ogre Kingdoms the last remaining core race from Warhammer Fantasy’s eighth edition to be revealed, and their home territory in the middle of Warhammer III’s likely map, everyone was primed for the setting’s hungriest creatures to make an appearance at some point in the lead-in to its release. I don’t know that anyone expected them to appear as universally accessible mercenaries for Warhammer II, however, but it’s a nice surprise with wide-ranging implications – what does a Dwarf army look like with monstrous cavalry? From hints in the blog post, it’s also clear we can expect a fully fledged Ogre Kingdoms army in Warhammer III, most likely as its promised early adopter faction.

More broadly, though, I wonder how the mercenaries system discussed here could unfold later on. Creative Assembly has stated its goal of including everything in the tabletop lore many times, and as such fans have been wondering where an army named Dogs of War, from the game’s fifth edition, fits in. They were a mercenary army whose units could be hired by any other faction, just like these ogres, and many of them were native to Estalia and Tilea – parts of the Old World that are still populated by placeholder factions based on the Empire.

The fact that most of their home territory is in Warhammer 1’s map is one of many good reasons why CA wouldn’t treat them as a priority, but with this new mechanic I see a way for them to finally happen. It would be pretty easy for CA to just make a few new Dogs of War units and chuck them into the mercenaries pool. They could even do it piecemeal. Then one day unveil them as a fully fledged army, and patch them into Estalia and Tilea on the Immortal Empires map. It won’t happen any time soon, but surely fans can be heartened by the announcement of this system.