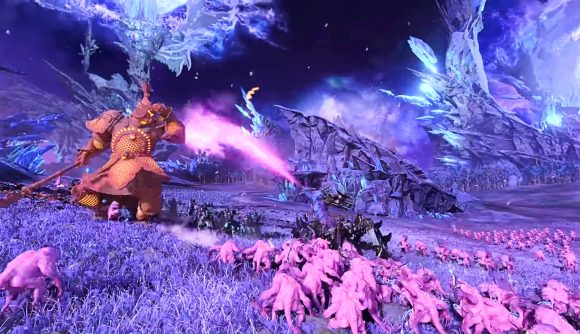 While the Total War community gleefully tries to glean insights into Total War: Warhammer III’s campaign map, Creative Assembly is relentless in its desire to show off the strategy game in action in the tactical space. Maybe we all complained a bit too much during the slow period earlier this year, but there’s a lot of Warhammer III flying around right now, people.

First and foremost, it seems that Creative Assembly has taken advantage of the recent wave of interest in the Ogre Kingdoms to release some more footage of the Warhammer 3 race in action. Several pre-recorded battles between the forces of Tzeentch and the Ogres, have been created by the studio and handed out to some Youtubers, along with other match-ups that include Cathay and Khorne (although no Kislev this time). Several videos have now made their way online showing different clashes with commentary and analysis from the individual Youtubers who posted them.

While we’ve already been treated to some Cathay on Tzeentch action, this is the first time we’ve glimpsed this particualr Chaos gods’ domain. It’s as purple as Khorne’s is red, so I’m sensing some strong colour vibes so far. Here’s the Creative Assembly battle trailer: 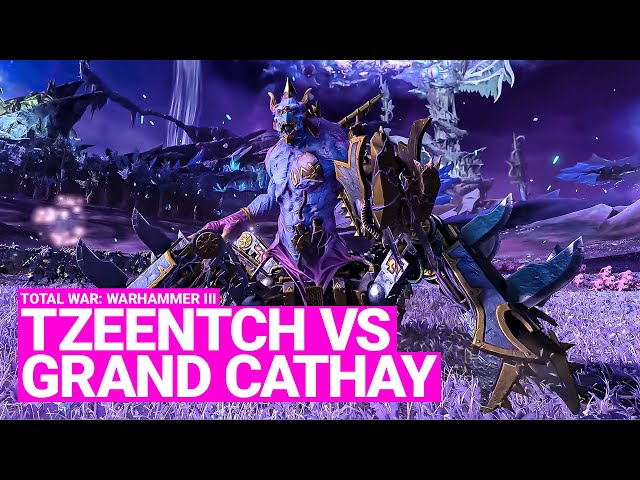 And here is a video from Heir of Carthage showing off the Tzeentch unit roster in-game, along with footage of a minor settlement battle where the Ogre Kingdoms are defending against Tzeentch: 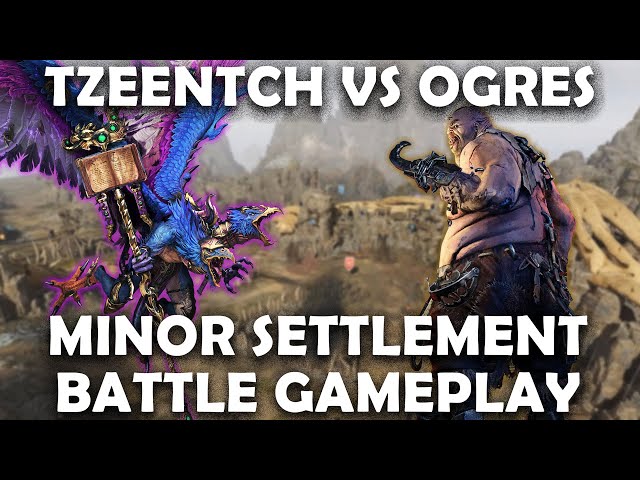 You can also go to this Reddit thread for a full list of battle video that have been released off the back of Creative Assembly’s recent wave of community outreach.