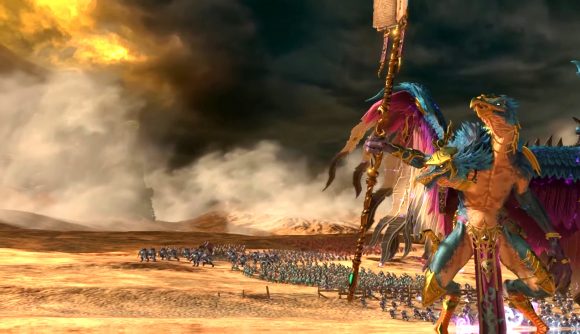 You’ve seen what Cathay brings to the table, you’ve seen Tzeentch revealed in all its deceptive glory, now you can watch them fight each other in a new action-packed trailer for strategy game Total War: Warhammer III that sees Kairos Fateweaver trying to breach one of the gates along Cathay’s Great Bastion.

It’s a scripted trailer, but it does use in-engine footage, and you get to see plenty of the new Cathay and Tzeentch units revealed so far in action. If you’re looking for something more informative, Creative Assembly also released a post yesterday detailing the faction mechanics for Kislev.

Kislev’s principle concern is devotion, which represents not only how well you as a player are upholding the ideals of Kislev, but also an abstraction of your people’s will to defeat Chaos. It can be gained easily by fighting Chaos-aligned armies, as well as sacrificing captives post battle. You can also get it through various decisions and buildings. Should it dip too low, invasions from Chaos armies will become more frequent, as the people stop believing the great enemy can be beaten.

Before we continue, here’s the Cathay vs Tzeentch trailer. We won’t spoil who wins, you’ll just have to find that out for yourself: 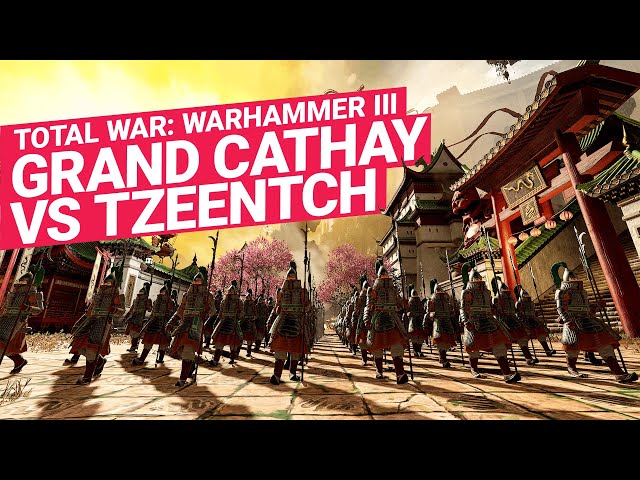 Other concerns for a Kislev player include the shadow war for the nation’s soul between Tzarina Katarin and Supreme Patriarch Kostalytn, which sees both factions competing for influence and dominance, without plunging the country into civil war. You can read the detailed blog post for more details, including Kislev’s tech tree.

Now that we’ve seen initial details on the siege rework, the only thing left that we know about is what the bonus pre-order race will be, although previous hints suggest it could be the Ogre Kingdoms. We also expect in-depth reveals of the last two Chaos factions – Nurgle and Slaanesh – will be coming at some point as well.

Total War: Warhammer III is due out on PC via Steam and the Epic Games Store in early 2022.