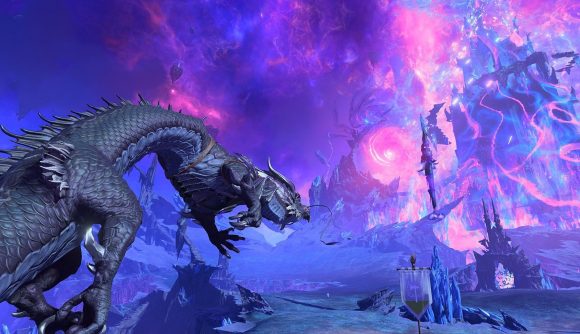 Total Warhammer III’s campaign multiplayer has received a bunch of improvements and changes over the previous two in the series, as game director Ian Roxburgh tells us in an interview. “We’ll evolve, we’ll get all the things that fans wanted, but then we’re going to throw some curveballs and put things in they’d never have expected,” he says. “Real innovative Total War stuff as well, like eight-player simultaneous campaign multiplayer. No one would dream of that happening. It’s so much fun; we’ve had a blast developing that, having battles with eight of you playing a party in it and controlling a few units each, and the way that works.”

Roxburgh says the studio has even created some “mini” multiplayer campaigns, which will allow you to essentially “start and finish an eight-player multiplayer campaign in one evening with friends, where you get straight into the action and the armies fighting each other within the first turn or so”.

These smaller-scale offerings, Roxburgh tells us, are designed to offer “a social, one-night experience rather than, like, a six-months epic” – by which he means the experience of eight players tackling the main campaign together. “But, of course, people who want to [do that] can.”

As for what these various multiplayer options will look like, we learned that there’ll be two zoomed-in campaigns called Darkness and Disharmony and Something Rotten in Kislev. What they’ll offer exactly in terms of story, gameplay, and player limits, though, we’ll have to wait and see.