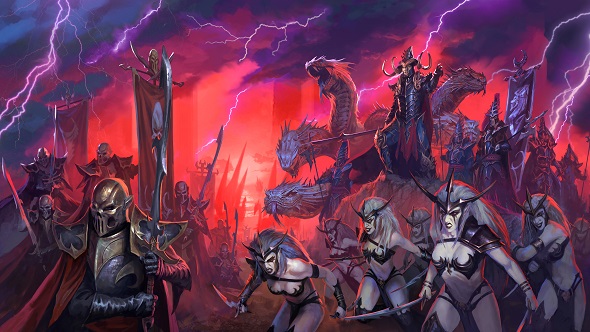 Whether you know them as Druchii, Nagarrothi, or Dark Ones, there’s no mistaking the savagery and cruelty of Warhammer’s Dark Elves. Their leadership, army roster, and campaign mechanics reflect their twisted nature, so if you’re not a murderous slaver yourself, you’ll want a rundown of how they work. You’ll want this handy Total War: Warhammer II Dark Elves guide.

After something specific? We’ve broken our Dark Elf guide down into the following sections to make it easier for you to find your way around: 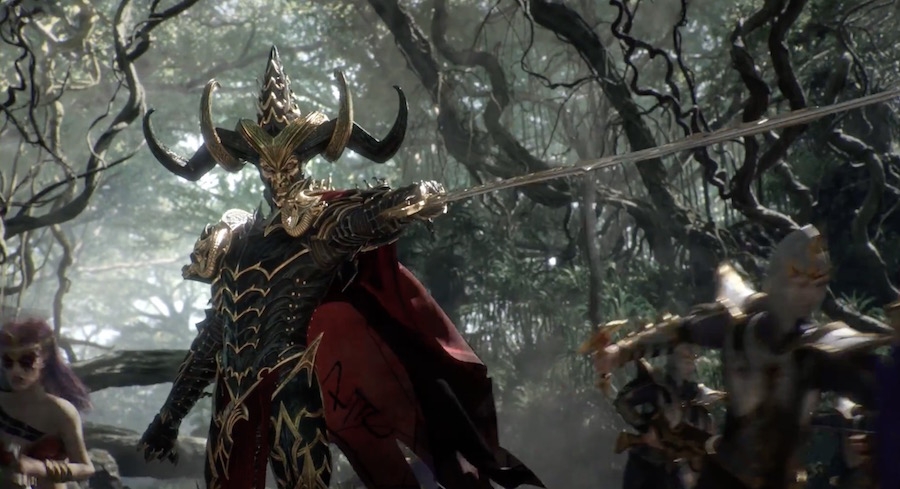 Malekith is the son of Aenarion the Defender, the High Elves’ first Phoenix King. Accordingly, he felt he should inherit the throne of Ulthuan, their island paradise, but its princes passed him over to elect Bel Shanaar, the Explorer. Malekith served Bel Shanaar loyally for a while, but eventually tired of it, had him poisoned, and tried to seize the throne for himself. A bitter civil war followed, in the midst of which Malekith stepped into the sacred flames of Asuryan, which anoint each Phoenix King. Contrary to his expectations, they rejected him, scarring him horribly. Eventually he and his followers were driven from Ulthuan to settle in the bleak and frozen land of Naggaroth, where they indulged their hatred, spite, and vanity, becoming the Dark Elves. Malekith has ruled them as their Witch King ever since.

Malekith is skilled in both might and magic, wields a number of powerful magic items, and rides a black dragon named Seraphon into battle. In Total War: Warhammer II, Malekith leads the Naggarond faction. Here are his unique effects:

Aenarion the Defender rescued Morathi, a seemingly innocent elven damsel in distress, from a band of Chaos cultists. Given what happened next, she may have fallen to Chaos shortly thereafter, or may have been their leader all along.

Either way, it was Morathi who founded the Cult of Pleasure, an insidious sect dedicated to the Chaos God Slaanesh who ultimately caused the Sundering of the elven race. The Cult’s influence spread throughout Ulthuan, turning its nobility to indolent hedonism and sparking a civil war. After Morathi’s son by Aenarion, Malekith, was passed over for the throne in favour of Bel Shanaar, Morathi watered the seeds of resentment in his heart until he made an attempt on the throne. She threw her Cult’s weight behind her son, escalating the civil war, but they were ultimately defeated and driven to Naggaroth.

Morathi is now a powerful sorceress. She rides the dark pegasus Sulephet into battle and is protected by the favour of the dark gods, rather than, er, conventional armour. Or clothing. In Total War: Warhammer II, she leads the Cult of Pleasure faction. Here are her unique effects: 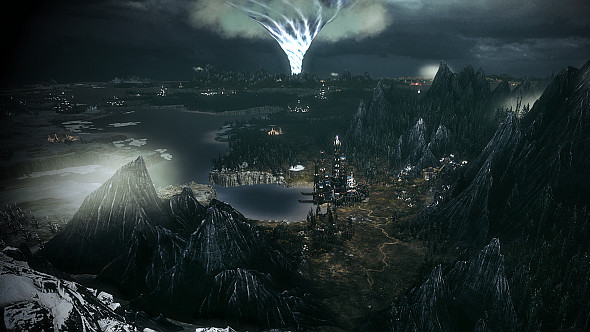 Dark Elves use gold like other races, and they’ll aim to collect Scrolls of Hekarti in order to disrupt Ulthuan’s Vortex (the Elven pantheon is divided into negative and positive aspects, andHekartiis the negative aspect of magic).

But because they’re not very nice people and don’t like to get their own hands dirty, they have a unique third currency: Slaves. Yes, CA went there, so now we have to as well. You have the option to acquire slaves after battles or when sacking enemy settlements, which seems to be the most lucrative ‘source’.

Slaves are distributed around your empire’s provinces. The more a province has, the more gold its settlements will produce, but if you have too many, public order will suffer. Dark Elf settlements have some buildings that raise a province’s slave capacity, increase their slaves’ gold output, and decrease slaves’ rate of decline (nicer dungeons, I guess). You can manage slave populations in a new menu, giving provinces high, low, or normal priority as destinations for new captives.

This makes for some interesting choices. Got a province that’s high in public order? Kit it out to support slaves and get raiding, but keep them away from places where the populace is already unhappy. It’s a characterful nudge to stay appropriately violent when playing Dark Elves, as lots of slaves, correctly managed, will result in a supercharged economy.

Slaves are also the currency for the Dark Elves’ rites, which you can see above. New to Warhammer II, each race gets four of these campaign-level power moves. Currencies, cooldowns, and unlock conditions are as varied as their effects, but one obvious note to make about the Dark Elf rites is that these are how you’ll recruit Black Arks. 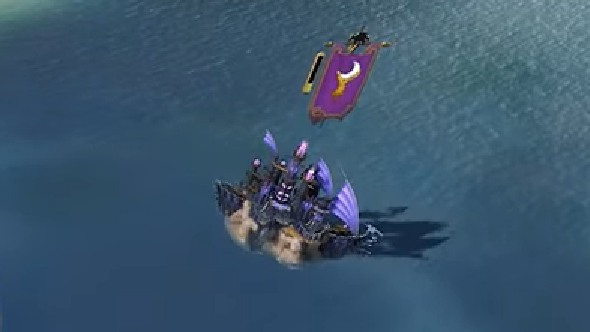 In the lore, Black Arks are colossal floating fortresses built on the backs of summoned sea monsters. They’re never seen in the tabletop game for obvious reasons, yet it wouldn’t have felt right for them to be absent from Total War – the new context of a grand strategy game presents intreresting challenges like that.

Black Arks are, essentially, mobile settlements; they have their own building trees, ten building slots, and can recruit units to an army of their own. They can also support nearby armies via the Dread Expansion stance, which projects a sphere of influence – all Dark Elf armies within it get +10% replenishment, and can recruit units directly from the Black Ark. The stance renders the Ark immobile, and slows its own replenishment.

Lastly, Black Arks can also provide bombardment support for nearby Dark Elf land battles. The system is exactly the same as it was in Shogun II: Total War, lead writer Andy Hall says – you can see it in action in this battle.

In summary, whenever you fight a battle within range of a Black Ark, you’ll be able to target bombardments much as you would spells. Several types are offered via a menu at the side of the screen, from concentrated fire attacks to wide-ranging splash damage – it’s likely that building upgrades on the Ark will unlock new bombardment types. Each appears to have three charges, and to be on an eight-second cooldown. 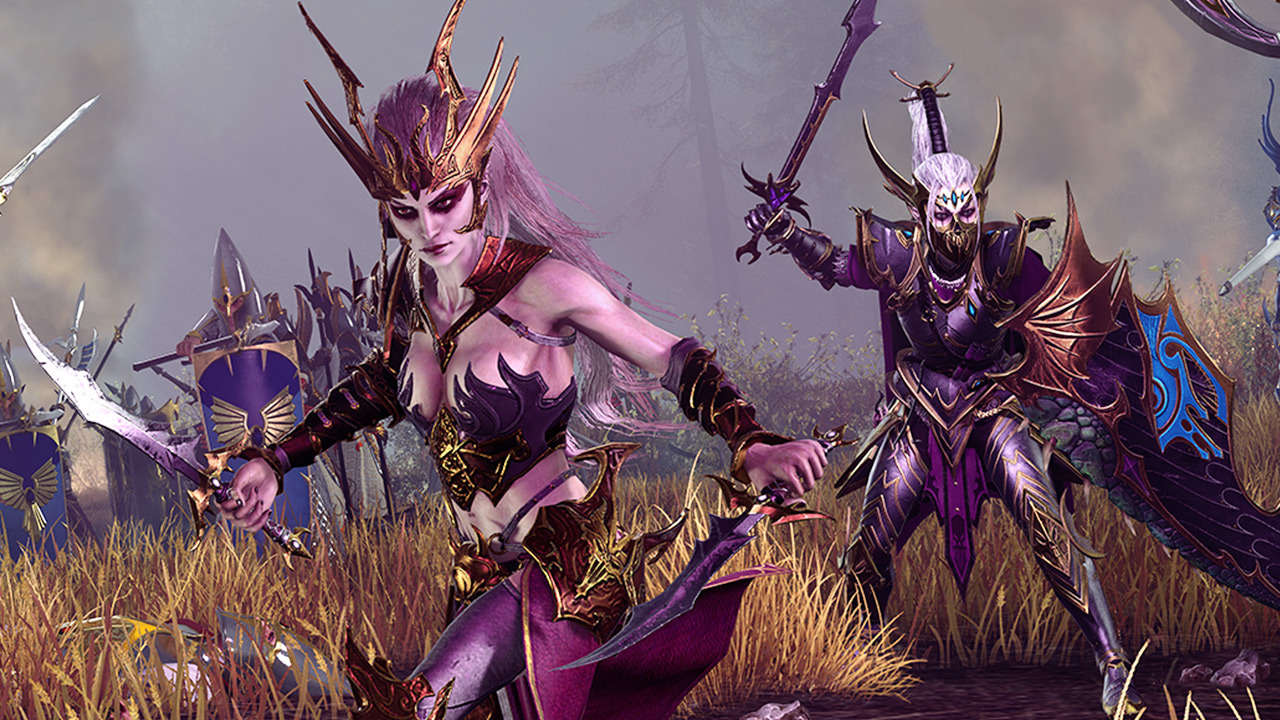 “The way Dark Elves name themselves – it’s not hereditary,” he says. “That’s why they’ve got all these cool names like ‘Soulstealer’ and ‘Knifestabber’. You can name your Dark Elves, and you can give them a Noble Name, or a Warrior Name, or – I think – a Sage Name. You then have to perform. You’ve got to live up to the expectation of that name, and if you do, you get these big buffs.”

Those three Names of Power are mutually exclusive choices in your Lords’ skill trees, and you’ll be able to pick one when the Lord reaches a certain level. Martial names buff your character’s combat skills, Revered names buff their army, and Aristocratic names buff either the local province or the faction as a whole on the campaign map.

One Aristocratic name we see in this Dark Elf campaign gameplay confers +8 local public order, and +5% gold income from settlements in all regions.

And yet, it seems that these Names of Power can go to your characters’ heads; Hall confirms that “Dark Elves have the same loyalty problems” as the Skaven (though a loyalty meter, like we saw on Skaven Lords, isn’t obvious in the Dark Elf gameplay). 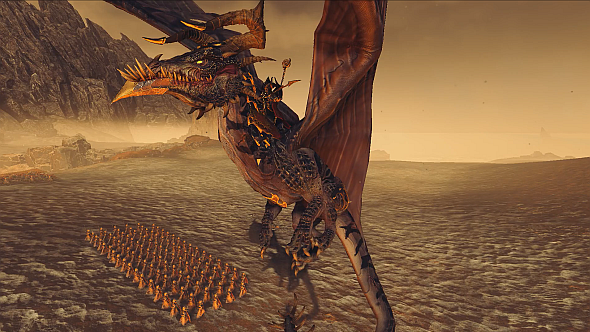 The Dark Elves have a lot of similar units to their High kin – whether they want to admit it or not – but most have a nastier, more aggressive twist. For instance, the Black Guard of Naggarond are the harder-hitting counterparts of the Phoenix Guard – though they both share the same role in their respective armies, the Phoenix Guard are more defensive in nature.

But the Dark Elves aren’tsolelyan angrier mirror of the Asur. They have some monsters and iconic units that are all their own, such as quick-healing Hydras, frenzied Witch Elves and seafaring Black Ark Corsairs. For a full run-down, check out theTotal War: Warhammer 2 Dark Elf army roster. 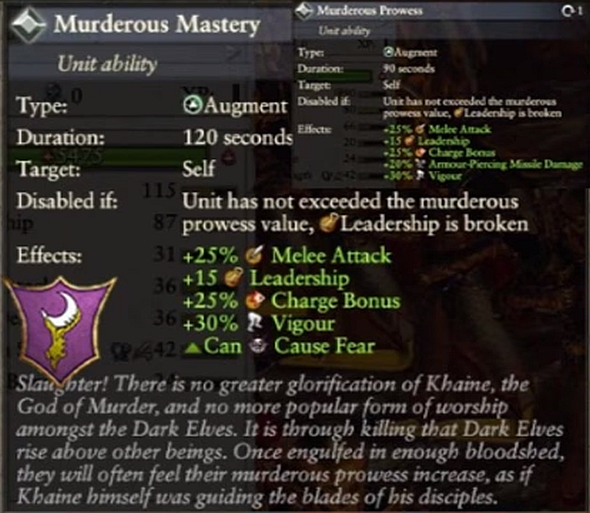 This is obviously massive, especially the bit about vigour – units are significantly less effective when they’re tired. It should be possible to hold back a deadly spell or a high-impact charge until you’re right on the edge of Murderous Prowess, so as to pop it at a crucial time – you can see this in action in this Let’s Play, where a Black Ark bombardment triggers Murderous Prowess just as a unit of Dark Riders smashes into a group of High Elf archers. That’s a whole flank gone.