Want to know how to unlock every class in Tribes of Midgard? There are eight different classes in Tribes of Midgard, though only two are available at the start of the RPG game. Most of these challenges require you to go out of your way to complete them, you won’t unlock the classes just by playing the game.

Unlocking every class can be a pain, especially at the beginning of the game when your tribe consists entirely of Rangers and Warriors. You can have up to ten players in your tribe – it helps to diversify your classes in order to maximise your damage output. Unlocking new classes brings completely different elements to the table, allowing you to create powerful synergies and deadly combos.

Here are the classes you can unlock in Tribes of Midgard:

The Berserker is unlocked by defeating 20 enemies in ten seconds in a world (Saga Mode). This can be difficult to pull off without intentionally gathering multiple mobs to attack you, making it tricky to unlock by simply playing the game.

You can easily unlock the Berserker by putting up a level three gate at night. When the gate has at least 20 enemies outside, open it and take them down using area of effect attacks. The enemies shouldn’t cause you any trouble, especially if you’ve managed to reach day ten or beyond.

The Sentinel is unlocked by blocking 25 attacks in ten seconds in a world (Saga Mode). This might sound difficult, but you can use the same method for unlocking the Berserker, except this time you need to be ready to block attacks. If you can withstand 25 attacks, you should be able to unlock the Sentinel and the Berserker at the same time. 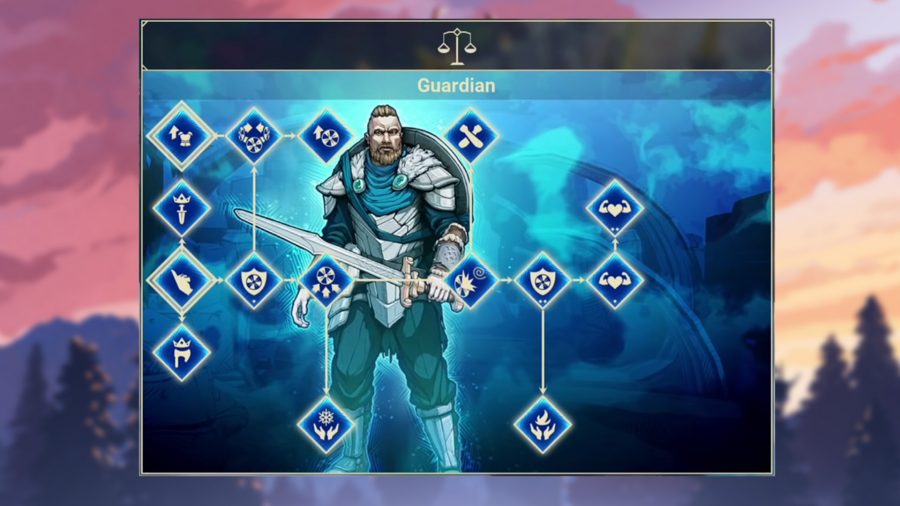 The Guardian is unlocked by defeating three Jotnar in a world (Saga Mode). These are the giant blue Titan-like enemies that appear around day two, five, and eight. Though this can be accomplished as a solo player, we recommend pairing up with other players as it’s easier to fight against these bosses with multiple people. This is one of the few challenges that players are likely to complete without intentionally going for it.

The Seer is unlocked by using the Bifrost to exit ten Worlds (Saga Mode). Accessing the Bifrost requires you to defeat a Jotunn at any point during the game, unlocking a rainbow-coloured glass portal to Valhalla. Returning to Valhalla allows you to claim your reward for defeating the Jotunn, however, you have to leave your world behind which ends your run. All you need to do is return to Valhalla ten times to unlock the Seer. 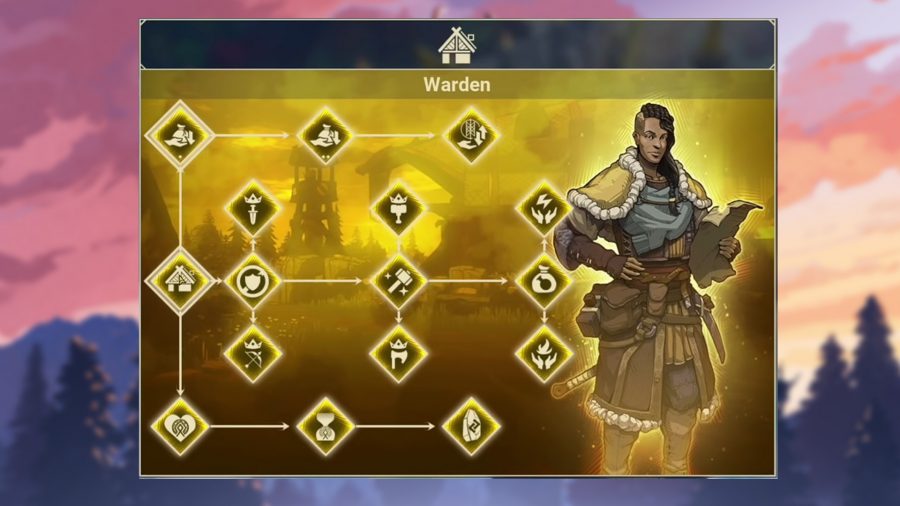 The Warden is unlocked by surviving beyond day 15 in a world (Saga Mode). You won’t unlock this in your first few playthroughs as it takes a while to learn how to survive this long. Remember, the challenge requires you to survive until day 16 – the Warden won’t unlock until you complete day 15.

The Hunter is unlocked by activating all Shrines in a World (Saga Mode). This is arguably the hardest challenge out of the six, forcing you to explore the entire map to find every single shrine. There are roughly 20 shrines on the map which might not sound too bad, but the size of the map is the real problem here.

You should be able to get through the map if you take a large tribe with you to explore every area. Unfortunately, there are no shortcuts to help make this challenge any easier. If it makes you feel any better, the Hunter is considered one of the worst classes in the game, so you may not even want to unlock it.

That’s all you need to know to unlock every class in Tribes of Midgard. If you’re looking for a co-op game just like this, head on over to our best co-op games list to see what’s available. Want to play with thousands of people? Take a look at the best MMORPG games to discover a completely different world.