“Sorry, graphics card cluster… what?” I’m struggling to hear what Jacob’s ranting about on the other side of my desk, but I can be pretty confident it’s something to do with BIOS updates and the shifting goal posts of a modern GPU launch. It’s a familiar theme these days. But I can’t hear exactly what he’s saying because I’ve just dropped the Turtle Beach Atlas Aero headset to sit around my neck, the volume wheel on the left ear cup has caught on my shoulder, and now Rage Against the Machine is drowning him out at full volume.

These are the blessings and the curse of on-ear controls. On the one hand you can quickly adjust volume on the fly by flicking a wheel on the headset itself, but where those controls are placed is absolutely key in just how useful they end up being.

It’s a mild ergonomic issue, where it’s far too easy to accidentally change the volume, made more awkward when you’re deliberately trying to boost the audio in-game by the fact that there’s another, secondary wheel situated just above the volume controls.

That is though purely a symptom of the impressive amount of on-ear functionality Turtle Beach is trying to squeeze into the Atlas Aero cans. The wireless Atlas is a hugely feature-rich gaming headset, with an attempt by Turtle Beach to move beyond the traditional 20Hz – 20kHz specs, and add in some third-party technology to boost its 3D audio chops.

The Atlas Aero, like the HyperX Cloud Orbit headphones, and Audeze Mobius cans, come with the Waves Nx tech, adding in some seriously accurate 3D audio processing to the mix. And when you’re dropped into a supremely detailed gameworld the extra clarity to the positional audio is genuinely impressive. 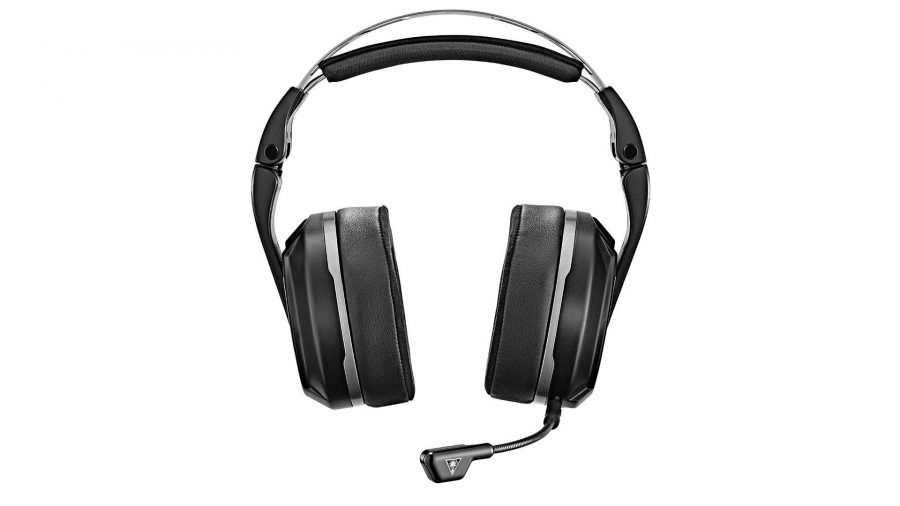 The rest of the audio tech is pretty good for a decently priced wireless gaming headset too. The 50mm Nanoclear drivers are capable of delivering a frequency response of between 12Hz and 20,000Hz. That’s a little more than advanced than is generally used for a standard gaming headset, and means the Atlas Aero is able to deliver a little more depth and clarity down at the lower end of the frequency spectrum.

And that makes the Game Bass Boost function a pretty beefy option if you really want to overdose on the ‘splodes. But equally Turtle Beach hasn’t gone overboard trying to produce a super bass-heavy sound out of the box, preferring to deliver a flat EQ and giving you the option to tweak things up or down depending on your own preferences.

The Turtle Beach Control Studio gives you all the necessary sliders and switches to make that happen too, giving you the options to adjust every nuance of the Atlas Aero audio to your own tastes. The software also gives you the option to choose just what you want the extra configurable controls on the headphones themselves to do. There’s a single button to go along with the secondary scroll wheel, and while I’ve already said how I’m not 100% sold on their placements, the extra functionality they afford is excellent. Personally wiring the Superhuman hearing or Waves Nx features into the on-ear button is incredibly handy – you don’t necessarily want either on full-time. And being able to control mic volume, or even change the monitoring level, is super-handy too. 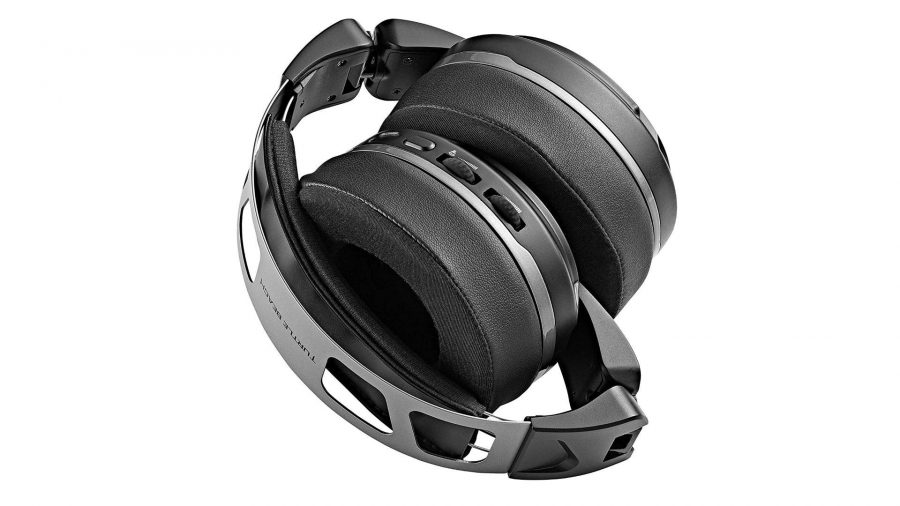 Superhuman hearing? Yeah, that’s a Turtle Beach gaming audio feature which, when enabled, tunes the soundscape so that you’re better able to pick out certain, game-vital audio cues. That could be footsteps behind you or someone reloading their weapon behind the corner of the wall you’re just about to round.

It does change the sound quite a lot, and so isn’t something you’re going to want to have on all the time, but being able to switch it on and off during competitive play is quite useful.

The placement of the controls isn’t the only issue I have with the design of the Atlas Aero, however. While I appreciate the extra comfort afforded by the Prospecs feature – providing a little dip for the arms of your glasses to sit in – the actual frame of the headset isn’t hugely comfortable. At least not for me. There seems to be a lot of pressure being exerted on the head as it clamps onto your skull. I gotta say I much prefer a looser grip than one which holds on with such vigour.

And the actual look of the headset isn’t something I’m massively fussed about. But, honestly, when it’s balanced on my bonce that doesn’t really worry me – it’s the audio that I’m concerned about and this is one of the best-sounding Turtle Beach headsets I’ve ever listened to.

It’s not going to rival the Audeze LCD-1 for sheer audiophile-level aural beauty, and the overall package is maybe not as enticing as the HyperX Cloud Orbit, but the Turtle Beach Atlas Aero is still a quality gaming headset without the painfully high price tag of the other two.

The Atlas Aero is an impressive-sounding wireless gaming headset, sporting a broader frequency range than other Turtle Beach cans and delivering the Waves Nx 3D audio tech for a lot less than the competition.