When the dust settles on the great RPG revival, Tyranny will be remembered as one of the braver and more fascinating takes on the formula that was first established in the ‘90s. While Pillars of Eternity bore the nostalgic weight of following up Baldur’s Gate, Tyranny allowed Obsidian to experiment with wilder ideas: Soviet-style fantasy empires, and charismatic villains who consumed personalities like hors d’oeuvres.

Paradox bankrolled the whole project, solidifying a relationship with Obsidian that began with publishing Pillars of Eternity. It seemed like a perfect match – yet the studio decided to instead partner with Versus Evil for Pillars of Eternity’s sequel, and all has been quiet on the Tyranny front since a modest expansion last September. What’s to become of this RPG world that is, frankly, too good to waste?

“Obsidian wanted to do Pillars of Eternity II on their own because they had ideas on business terms where we couldn’t agree,” Paradox CEO Fred Wester tells us. “It’s nothing more than that. I really like the Obsidian people and I’m a big fan of their games as well.”

At last year’s PDXCON, the publishers told us that Tyranny sold below their expectations; that “everyone was hoping that it would do better.” But Paradox and Obsidian never fell out according to Wester. In fact, their relationship is perfectly healthy. 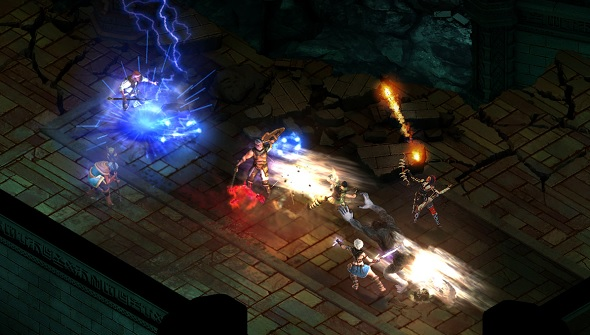 “I’m going to have a beer with Feargus Urquhart at E3 this year as usual,” he says. “It’s more that, they want to be more independent and do their own things, and we want to publish things where we are in control. It’s not really compatible on a corporation level. On a personal level, there’s no problem.”

To understand that publisher demand for control, you need to look at the nature of Paradox’s recent success. Part of their explosive growth over the past half a decade has been down to patience – Crusader Kings, Cities, and Europa Universalis are all names that didn’t find a wider audience until two, three, or even four entries in. In order to repeat the trick, Paradox want to own what they work on.

“We always work super long-term,” VP of business development Shams Jorjani says. “If we have the choice of investing in our IP and ourselves, rather than Games Workshop or somebody else’s IP, we’d rather choose ourselves. Us owning IP ends up being just a direct result of us paying for everything. We’re taking all the financial risk, so we should see most of the financial upside as well.” 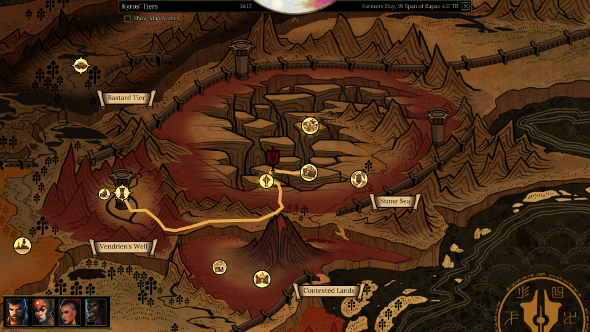 Reasonable though that might be, it means Obsidian aren’t steering the future of the world they made. If the developers never hash out another deal with Paradox, they’ll never work on Tyranny again. The publishers, meanwhile, don’t yet have any concrete plans to make a Tyranny 2, either internally or with another studio.

“We could do more in that world [but] we haven’t really decided what to do with that IP,” Wester says. “We’ll see where we end up.”

Tyranny might end up in another genre entirely. The game was set in the ugly aftermath of a war, and its opening Conquest Mode had you define the consequences of that conflict on an overworld map using miniatures. It’s not much of a stretch to imagine one of Paradox’s internal teams – the ones behind Crusader Kings and Europa Universalis – running with that premise as a fully-fledged game. 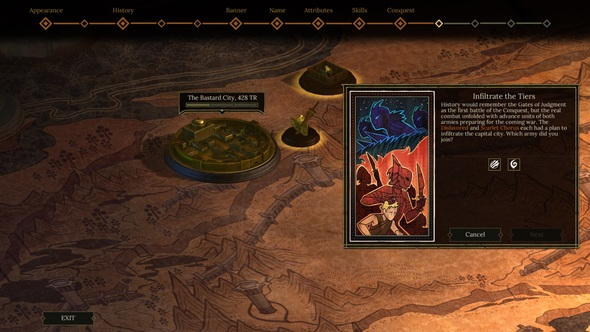 “Just the other day on Twitter, somebody was talking about setting a grand strategy game in the Tyranny universe,” Jorjani notes. “I think that would be cool. We’re absolutely interested in exploring grand fantasy in the strategy space.”

It’s especially intriguing that, without prompting, Wester mentions the same concept too: “If someone in the studio says, ‘I want to make a grand strategy game out of Tyranny’, I would approve that day one.”

Perhaps in the next Tyranny game, we’re more likely to be playing as Kyros than cowering in the Overlord’s shadow.