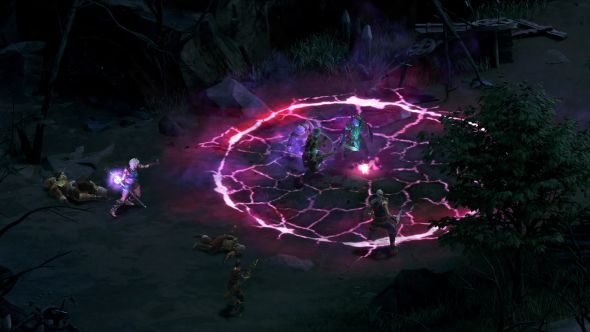 The Paradox/Obsidian co-project of Tyranny, an RPG set after the bad guys have won, debuted some of its more fundamental elements at Gamescom. The character creation system in full, as well as the game’s quick world-introducing opening cinematic, were debuted on a stream last week.

Try one of these great RPGs in the meantime.

It’s half an hour of tinkering, showing off all the bits of the system, from mechanical character creation to the more aesthetic elements.

It’s also the first time we’ve seen the entire intro, bits of which were incorporated into last week’s Tyranny dev diary. Tyranny was always pitched as being the story of a world that had already been taken over by evil, but based on this there’s an Asterix-style one-last-village scenario going on – presumably so you can side with them if you’re feeling kind.

It’s also the most detail we’ve seen of the art of the game up-close, and it’s a little more stylised than I was expecting, for the better. The character models are striking, and the concept art has been actualised distinctively. It also gives a good overview of how you’ll mechanically determine what your character can do, and the effect of more lore-based decisions on the actual game, like picking backgrounds.

Tyranny is still slated for some point this year, though no details have been given yet. December looks like a good bet. It’ll be on Steam, GOG and Paradox’s own store.