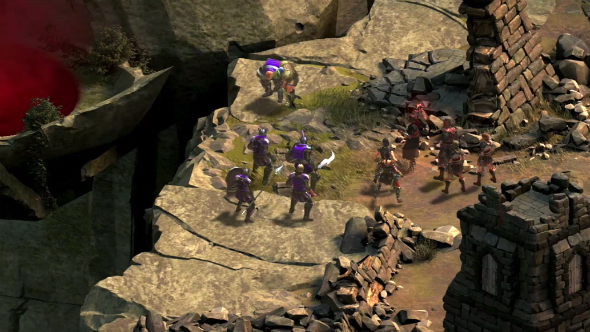 Branching narratives, cause and effect, player choice – it all takes writing, rewriting and then some more writing on top of that. All that writing has resulted in Tyranny having over 600,000 words spread throughout its various quests and divergent paths, which Tyranny’s latest dev diary sheds light on.

According to Obsidian’s team, players will be able to make a massive range of choices, align themselves to different factions and exercise whatever brand of morality they want. All of that will come at a price though, as whatever choice you make in a given situation will alter the world, or people’s perceptions of the player. The outcome of doing a good deed could be that people begin seeing you as weak, making you a target for attacks both from within your forces and outside them.

These decisions go so far that even seemingly minor choices can result in cities being populated by different factions, or areas of the world succumbing to catastrophes. The dev diary explains that all of this has had to be worked and reworked so players to replay the game innumerable times without ever having the same journey from start to finish. Even the main narrative might send players to a different part of the world on each playthrough. Oh, won’t somebody please think of the writers.