Kickstarter has been vital in getting many an indie game off the ground. A lot of the games we cover in our Making it in Unreal series have their roots in the crowdfunding platform: Genesis Noir, We Happy Few, and Hell Let Loose all had successful campaigns that not only funded the game, but nurtured a community, and allowed developers to make their projects bigger, better, and more creative.

But you can’t know that a gamble like Kickstarter will pay off in this way until you take the plunge. Alien Pixel’s designer and programmer, Sergiu Craitoiu, explains that contemplating that plunge was a scary prospect, but one which ultimately legitimised the game. “I can say that creating a Kickstarter in 2019 is really tough,” he says. “It’s super difficult to do it without a demo or a community around the game. However, it’s a good way to fund and validate your game and you can see if people are interested or not.”

To judge from the wild success of its campaign, Unbound has definitely struck a chord with those who have come across it. It has a similar vibe to the platformer Ori and the Blind Forest: both have delicate, colourful art styles, and both tell the story of a young protagonist in a whimsical but dangerous world. 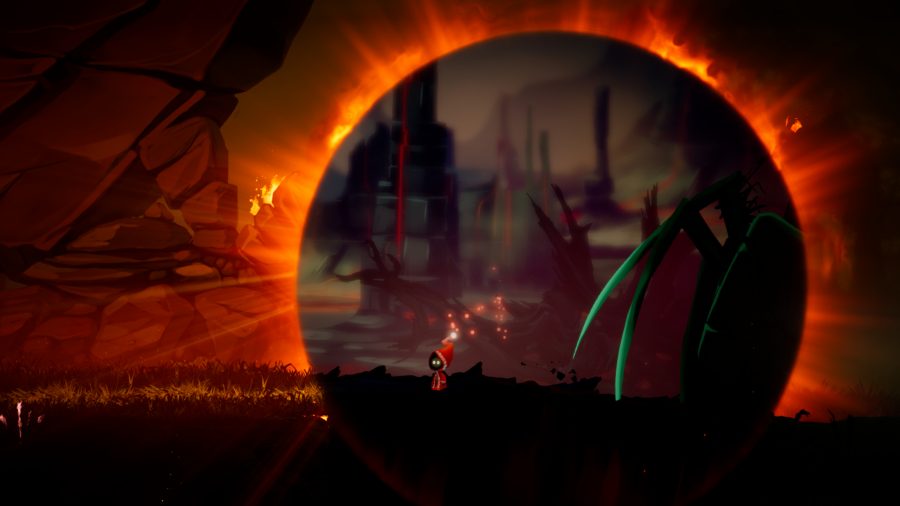 In Unbound: Worlds Apart you play as Soli, a small, cloaked wizard who has the ability to conjure portals into a mysterious alternate reality. As you progress through a dark fairy tale world, you can use the portals to solve puzzles and get around obstacles. A simple example: if Soli is blocked by a large boulder, you can open up a portal to the other dimension, where the boulder may be absent and Soli can continue on.

Creating a Kickstarter in 2019 is tough

Unbound’s dimensional doorways have been a key part of the game from the outset, but Alien Pixel has really perfected the mechanic since it started work on it back in 2016. The studio is only two people, and thanks to Kickstarter, they could quit their jobs and work on the game full time.

“We were at Reboot conference in Croatia in 2018 when we decided,” Craitoiu says. “We worked during our spare time for two years, and we started to receive really good feedback on social media and at the gaming conferences around Europe. Back then, the game was only a prototype, and visually was a bit primitive and clunky, so we knew that we had to put in more work to enhance the scenes.”

Craitoiu originally wanted the game to be in 3D, which is why he decided to use Unreal. Unbound has changed dramatically since then, but the choice of engine has not.

“I was a C++ developer at a software company in Bucharest and I wanted to create a 3D game so it was natural to work with Unreal,” Craitoiu explains. “We quickly realized that a 3D game requires a lot more resources and that we might not be able to finish it, so we decided we should go to 2D. I really like the Unreal Engine flow and its tools for materials, particles, and prototyping with Blueprints.”

Sticking with Unreal had another benefit: Unbound received an official grant from Epic Games to help Alien Pixel with development. Working within Unreal also helped with ironing out the tricky intricacies that came with the portal mechanic, which proved to be the most challenging feature to design.

Giving the player the ability to create a portal wherever they pleased meant that Alien Pixel had to essentially create two complete worlds: Soli’s world, and the other, darker world. “We have to take care of both dimensions at the same time,” Craitoiu says. “We don’t want the player to die just because they opened the portal in a precarious place. That would not be fair and can frustrate the player.” 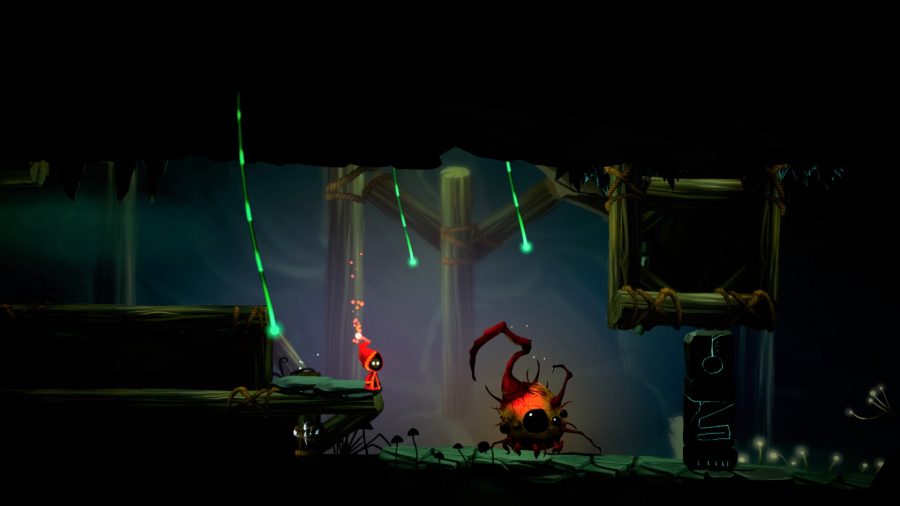 Throughout Unbound’s campaign and development, Alien Pixel has always wanted to put its players and Kickstarter backers first. Both Craitoiu, and Alien Pixel’s other half Olga Coib, have replied to every comment of encouragement and praise on their Kickstarter page, creating an air of sincerity, and commitment to their work.

“Seeing people’s reactions at game conventions, or reactions on the demo on YouTube, makes me really happy,” Craitoiu says. “And that increases my motivation to work on Unbound.”

In this sponsored series, we’re looking at how game developers are taking advantage of Unreal Engine 4 to create a new generation of PC games. With thanks to Epic Games and Alien Pixel Games.