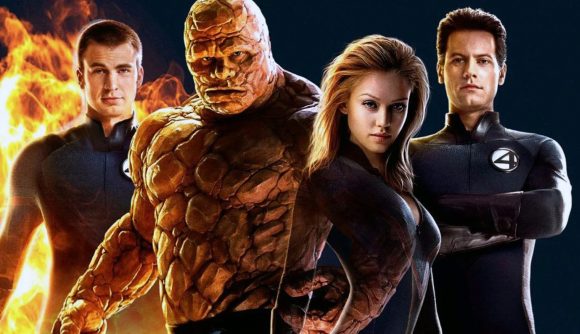 Despite the absence of any Spider-Man games on PC, there’s still plenty of Marvel content incoming. This includes the new game coming from Uncharted co-creator Amy Hennig’s studio Skydance New Media, which was just announced as a Marvel collaboration this week – and may be a Fantastic Four, Daredevil, or Hawkeye game.

Skydance New Media announced the project in a press release on October 29 and only revealed that it was “a narrative-driven, blockbuster action-adventure game” that featured Marvel characters and was not connected with the movies or any other games. The game’s subject, or what heroes will be playable, is unknown at this time.

However, just a few days later writer Marc Bernardin – who’s worked for both DC and Marvel, as well as on shows like Picard and Masters of the Universe: Revelation – confirmed on Kevin Smith’s podcast that he had been working on the game for the last year or so. After a brief discussion, Kevin Smith himself revealed that a response in the chat “nailed it dead” on what the Marvel game would be about.

There were a lot of subjects guessed but many were for games already in existence, like Wolverine. Assuming Skydance is going for a popular name, the best options were Fantastic Four, Daredevil, Black Panther, Hawkeye, or Ant-Man. Former Game Informer video producer Ben Hanson suggests Fantastic Four is the most likely, especially as Amy Hennig says “heroes” plural in the press release.

It’s certainly still up in the air, and if Skydance isn’t announcing the actual game yet it’s probably still a few years away – so all fans can do right now is speculate. Out sooner is strategy title Marvel’s Midnight Suns from XCOM creators Firaxis, despite recently getting delayed to later in 2022, and Guardians of the Galaxy is out now and is a lot of fun.