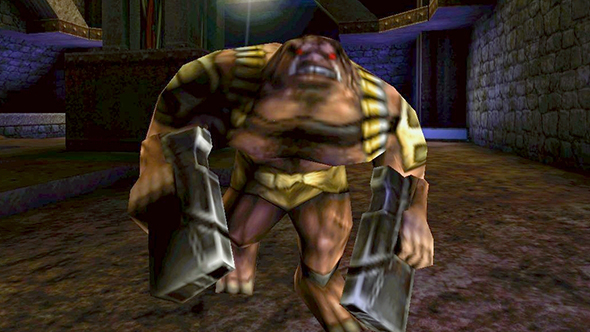 Unreal Gold is free in celebration of the game’s 20th anniversary. You might feel a little bit old and ragged as a result of Unreal’s birthday, but you know what’ll pick you right up? Heading to Na Pali to blast some aliens in a classic first-person adventure.

If you’ve missed out on Unreal all this time, it was a cinematic and technical showpiece when it launched in 1998, with massive, open levels and impressive lighting techniques. That all might seem a bit quaint today – it was already outclassed in those regards by Half-Life later that year – but the unique weapons and intricate level designs have ensured the game remains a classic through today.

Looking to round out your game collection from every era? Dig into the best old games on PC.

You can get the game on both Steam and GOG for the next 48 hours, and in both cases it’ll be yours to keep forever. You’re getting Unreal Gold, specifically, which packages both the original game and the Return to Na Pali expansion into a single product, offering two campaigns full of massive levels and otherworldly enemies. GOG are also offering an Unreal sale, with Unreal 2, Unreal Tournament, and Unreal Tournament 2004 all available at steep discounts.

For those of you looking to dive a bit deeper into the nostalgia hole, YouTube’s own Lazy Game Reviews just published a pretty thorough look back at Unreal and what it meant for PC gaming in the late ’90s. Even co-designer Cliff Bleszinski has some kind words for the retrospective.

Epic might be a little more focused on Fortnite these days, but Unreal and the engine it was built on have been a cornerstone for the company throughout the past two decades. Go on, it’s okay to indulge some nostalgia.