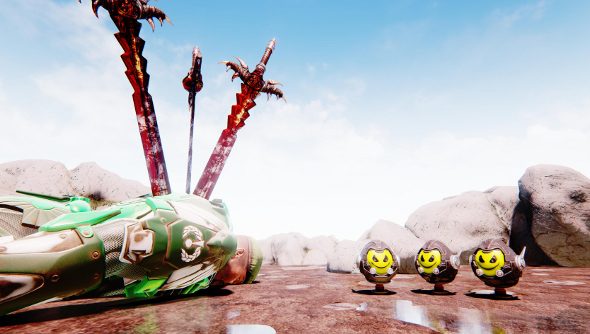 Unreal Tournament can be pretty crazy – it’s fast, hectic and people blow up a lot. But the series was at its most weird in ChaosUT, a mod designed with one thing in mind: craziness. It was a mod where horrible, grinning mines chased you around and weapons were clearly made by mad scientists at ACME.

The new, free Unreal Tournament that Epic’s developing with the community is getting some chaos pumped through its veins now, as Chaotic Dreams has started working on a new version of the mod.

Unreal Tournament is going to be free when it launches, and you can already get your hands on it – in its infant form – by getting an Unreal Engine subscription, or by downloading builds here.

Got any fond memories of zaniness from ChaosUT? Spill them in the comments.