Wondering how to get Valheim bronze? Once you’ve defeated Eikthyr, the deer Valheim boss of the Meadows, it’s time to start collecting bronze in Valheim. The next area is filled with dangerous enemies that will rip your current armour to shreds. Rags and leather won’t cut it anymore – you’re going to need bronze armour and the best Valheim weapons to make any progress from this point onwards.

Using your newly discovered antlers from Eikthyr, you can craft an Antler Pickaxe over at your workbench. This will cost you ten Wood and one Hard Antler. Once you have your pickaxe, now you can utilise the Copper and Tin deposits found in the Black Forest biome. You’re going to need a lot of material before you can start to make anything out of bronze, but this will mark the beginning of your Valheim mining journey.

The Viking survival game requires a lot from players to make progress, fortunately there are a few shortcuts you can take to make your life easier. If you want some more pointers, our Valheim building guide has a number of tips that can help you throughout the course of the game.

How to forge Valheim bronze

You can’t make bronze without first building a Forge. To create your own Forge, you need four Stone, four Coal, ten Wood, and six Copper. Once you have a Forge, spend some time in the Black Forest gathering as much Copper and Tin as you can carry. Forging just one piece of bronze requires two Copper and one Tin.

Copper deposits can be found throughout the Black Forest in Valheim – they’re large, greenish boulders, with shiny yellow veins of copper running through them. 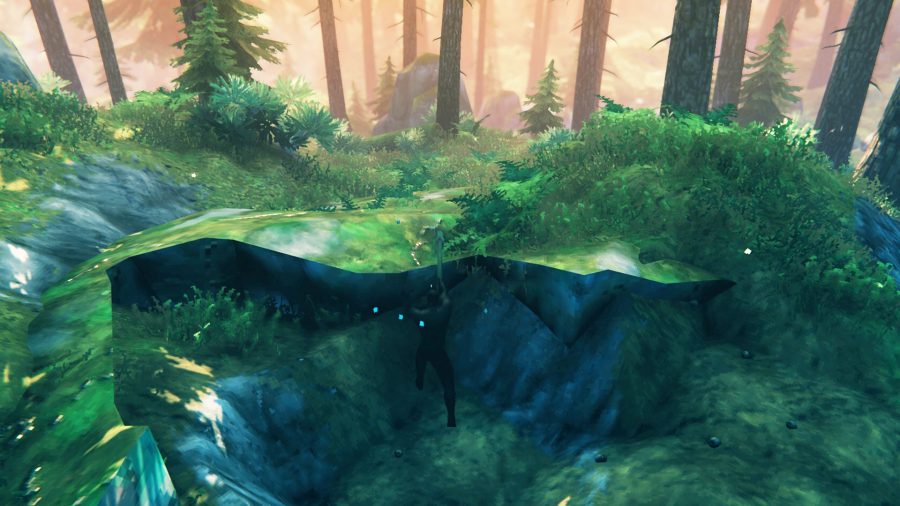 Tin is also found in the Black Forest – it spawns around the water, so search around riverbanks and along the coast for small, particularly shiny rocks.

Upgrade to a bronze pickaxe

Compared to the Antler Pickaxe, the Bronze Pickaxe is stronger and faster, allowing you to save a considerable amount of time at deposits. Crafting a Bronze Pickaxe requires three Core Wood, five Surtling Cores, six Copper, and ten Bronze.

There’s a limit on the amount of Copper and Tin you can carry at any given time due to their weight. While you could simply build a chest in the middle of the Black Forest, the most efficient way of transporting ores is to create a second world. Using this method does feel a bit unfair, so it’s up to you to decide whether Odin would approve.

Valheim makes things convenient for players by allowing you to carry your inventory across multiple Valheim servers. This allows you to play with friends and keep any of the items you earned along the way. You can abus… er, utilise this feature by creating a second world with one chest near your spawn location. Once you’ve collected as many ores as you can carry, log out and sign into your second world to deposit the metal into the chest.

When you sign into a server, the game remembers your last location. For example, if you signed out next to the metal deposits, you will spawn next to them when you decide to play again. As long as you spawn next to a chest on your second server, you can quickly deposit the ores to minimise your inventory load. Head back on to your original server and start mining again. Once you’ve acquired enough metal, go back to your base and unload all the ore you collected. 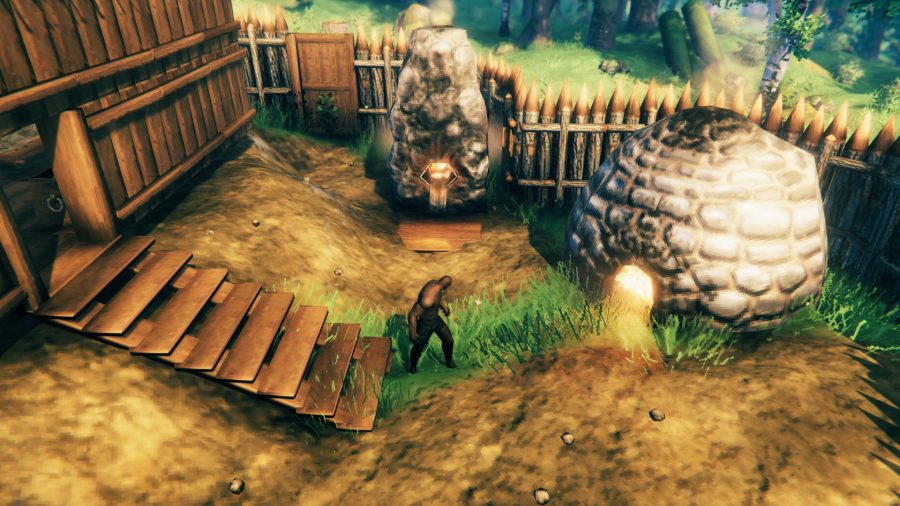 So, you have all this bronze, what can you do with it? Compared to the primitive tools you were using in the Meadows, bronze items are significantly better in almost every aspect. Bronze armour can withstand lots of damage, bronze tools are more efficient, and bronze weapons deal more damage. If you can upgrade your items to bronze, you definitely should.

Here’s every Valheim item you can create from bronze:

That’s everything you need to know about bronze in Valheim. Once you’re kitted out with bronze gear, it’s time to start thinking about taking down The Elder. You’ll want to check out our Valheim progression guide to find out what The Elder’s weaknesses are. Hosting a server with your mates? Give our Valheim console commands guide a read if you want to use cheat codes or simply boot out a Viking who won’t stick to the code.