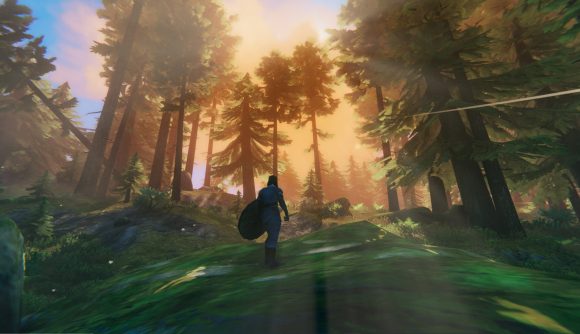 Valheim has officially broken out from ‘popular Steam curiosity’ to ‘absolute monolith on Valve’s platform’. It’s currently trading places with PUBG as Steam’s third-biggest game by player count, and it’s had a consistent place in the Steam top sellers list ever since launch. Now, the devs have revealed that the game has already sold two million units in just under two weeks.

“In just 13 days Valheim has been purchased by over two million Vikings,” developer Iron Gate says in its announcement, “and this weekend we reached a new peak concurrent player milestone of 360,000! Forget longboats, we have now blown a 700+ year old record by boasting the largest Viking population in all of human history. For reference, the previous peak in Viking numbers was set in 1300 AD and was approximately 500,000.”

This is the first major release from Iron Gate, though publisher Coffee Stain has certainly put out some well-loved titles in the past, whether internal games like Goat Simulator and Satisfactory, or external projects like Deep Rock Galactic.

Valheim, however, is in rare territory. Its concurrent player peak is the 11th biggest in Steam history, and it would be the eighth biggest if not for a couple of games with free promotions that happened to give out trading cards which players could sell for Steam wallet cash. PUBG, CS:GO, Dota 2, Cyberpunk 2077, Terraria, Fallout 4, Among Us, and then Valheim. What titanic list of games.

If you’re getting into the game – and you probably are, with how these numbers keep growing – check out our Valheim beginner’s guide or Valheim building guide for a load of help getting set up in Viking purgatory.