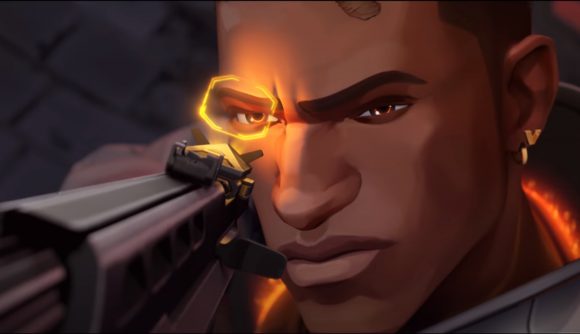 Valorant, League of Legends dev Riot’s new multiplayer FPS, just got its second – and an enormous – update since its live launch earlier this month. Alongside a bunch of tweaks and tinkerings, the Valorant (live) patch 1.02 brought ranked to the FPS game’s roster for the first time – but it’s already been knocked offline by a game-breaking bug.

Riot’s posted a tweet explaining that it’s found a “bug that puts competitive at risk, so we’re holding off turning on ranked for a while longer”. It apologises to the multiplayer game’s players for the delay, explaining, “We’re working as fast as possible to get a fix and, when we get one, we’ll turn ranked on.” As for a timeframe on how long the ranked mode will be down, Riot says: “Predicting a day or two, but nothing confirmed yet.”

This follows “some interesting bugs” the studio also reported on its Twitter channel yesterday, which it says “slipped through the patch for NA, LATAM, and Brazil”.

So, looks like players keen to get stuck into Valorant’s brand-new ranked competitive mode will have to hang on a little longer to get stuck in – though hopefully only a day or so longer.

We found another bug that puts competitive at risk, so we're holding off turning on ranked for a while longer. Sorry for the delay, we're working as fast as possible to get a fix and, when we get one, we'll turn ranked on. Predicting a day or two, but nothing confirmed yet.

In the meantime, our sister site The Loadout has put together a full set of Valorant patch 1.02 ranked play notes for you to get a look at, if you’re keen to know what else has hit the live game aside from the new mode. Be sure to go take a look, as there’s a lot this update, including a raft of changes to agents, maps, weapons, Spike Rush, quality of life, HUD, UI, the battle pass, and more.

We also have some handy Valorant weapons and Valorant spray patterns guides to help you get more out of your game.