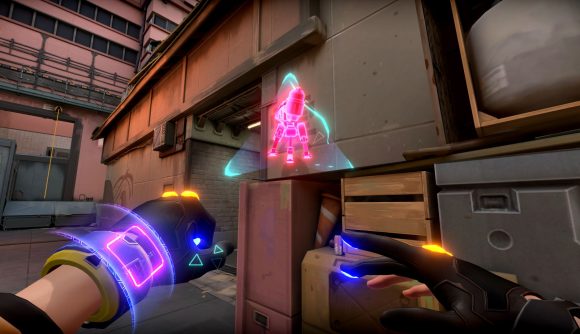 Good news, Valorant fans – there’s a raft of new goodies on the way, and imminently. The FPS game’s in for an Act 2 battle pass, some shiny new ‘Glitchpop’ themed skins, and a “free-for-all” deathmatch gameplay mode, which are all due to hit live servers over the course of this very week.

As announced by developer Riot Games in a press release, Valorant’s incoming battle pass is packed with “a series of exclusive unlockables”. That means there are new skins for your Valorant weapons, additional gun buddies, sprays to make all-new Valorant spray patterns, player cards and titles, and Radianite Points on the table. The new pass costs 1,000 VP and will be available to grab starting August 4, alongside that new skinline, Glitchpop.

Speaking of which, Riot says this new line of cosmetics “leans into a dystopian future where death has no consequence and comes to life through bright, colorful skins and a playful but deadly attitude”. Their prices are set at 2,175 VP for the Frenzy, Judge, Bulldog, and Odin, with a Melee option and Bundle available for 4,350 VP and 8,700 VP respectively. There are also variants at the various levels.

The bundle includes, for melee level one, “model only and custom audio on inspect”, and for level two, “swipe effects and audio, minor glitch effect on inspect, and blade colour changes randomly every time you equip”. The bundle also features a Glitchpop card, spray, and gun buddy as exclusives. 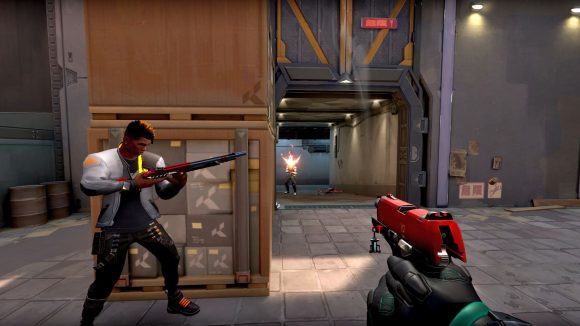 As if that wasn’t enough, the new deathmatch mode will kick off a day later in Beta, on August 5, offering “dedicated gunslingers a chance to test their flicks”. Think ten players, infinite money, zero abilities, and “leave the Spike at home”; that’s what the FFA deathmatch is all about.

The goal is to be the first to score 30 kills, or have the most kills at the six minute mark. As you can guess by its name, the mode lets you pick and swap any guns you like and spawn with heavy armour, though you won’t have access to any abilities. It also features “fast respawns that select ideal spawn points” with no pesky enemies nearby, and that give you eight seconds of invulnerability when dropping in. 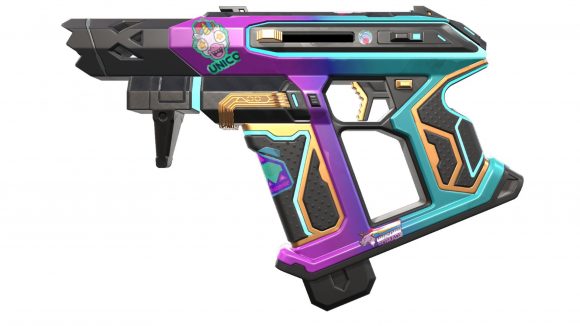 The FFA deathmatch mode also features health pack drops that restore full 100/50 Health following kills, a radar that sweeps the map every five seconds to reveal everyone’s locations, and “time-gated” kill banners (rather than “life-gated”), allowing for killstreaks. Riot says it’ll launch the mode “in a Beta test window a day after the patch on August 5, as we monitor server performance and game stability. If we find things are stable and performative, we’ll eventually leave the game mode on!”

The new Valorant content begins arriving from tomorrow, so get ready to dive in very soon.