After something of a hiatus, it is good to see Valve doing something with their selection of game titles again – even if it is not what everyone wants. Even so, we got a pleasant surprise at the end of 2017 in the form of Bridge Constructor: Portal, which appears to be a well-received, solid little puzzler. And while Dota 2 spin-off Artifact may have been announced to a rather hesitant reception, we are looking forward to finding out what it brings to digital card games this year.

It has been a while since we have seen this kind of activity from Valve. They seem to have been focused on tweaking and updating their existing multiplayer games over the past few years, alongside the not inconsiderable task of running the largest PC games marketplace and some of its most successful esports. But there is something missing in the renewed creative energy from Valve we saw in 2017 – their priorities are far removed from what drew me to them at the start of the decade.

Valve used to be the unsurpassed masters of the first-person shooter. From the late ‘90s through the late ‘00s, the studio brought out titles that pushed the genre forwards, time after time. Half-Life was a game changer twice over, of course, but the Source Engine those games were built on proved to be a solid framework for Valve to create all sorts of new, hugely influential first-person experiences. A shared pool of code and assets reworked to bring us both the cooperative struggles of Left 4 Dead and the tricky puzzle chambers of Portal. 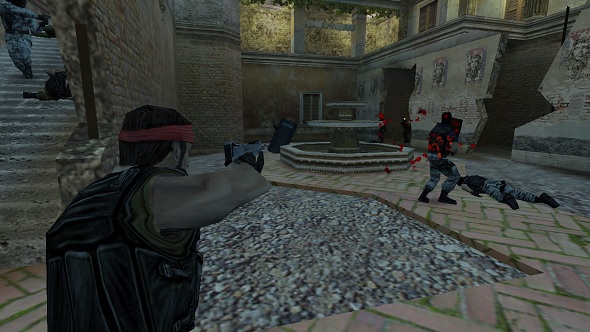 Source was my entry point to game development, too. The tools that came with Valve’s titles may have been dated, but they were simple enough to pick up, and deep enough to allow experimentation. Valve’s Hammer game editor provided insight into how the memorable cityscapes of City 17 came together through the arrangement of boxes and textures – I am sure many more people than myself have spent countless hours attempting to imitate Valve’s style before forming their own.

More than anything else, though, Valve embraced the mod community in a way that few other studios of their scale could match. Counter-Strike is an notable success story. The online team shooter is a global multiplayer phenomenon originally built from the bones of a Half-Life mod. Over the years, Valve have let the Counter-Strike community come up with even more influential variations on their first-person shooter – from game modes such as the weapon-shuffling Gun Game – which Valve later adapted into Arsenal: Arms Race and Arsenal: Demolition – to the truly absurd surf maps built for high-speed races. 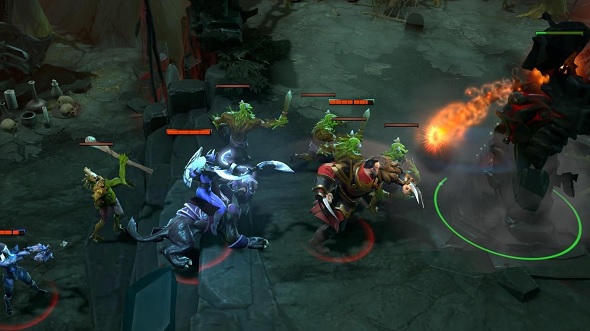 Dota 2 and Team Fortress 2 started off as mods for non-Valve games, but they also show that the studio is committed to supporting unconventional community modes and help turn them into showstoppers. As with Counter-Strike, both games are still bundled with all the tools a mod scene needs to thrive – Dota 2 has even contained a Source 2 development kit for some time now. The Counter-Strike and Team Fortress communities are able to make bolder levels for their respective deathmatches and are given plenty of space to do that. Dota 2 fans, on the other hand, busy themselves by remaking the best minigames from the Warcraft 3 days, and do so without interruption from Valve. My best hours with these games have been spent seeing what weird and wonderful ways they can be remixed and stretched.

Perhaps one of the reasons that we are not seeing the same level of experimentation from Valve these days, then, is that they have passed the mantle onto other developers. In recent years, we have seen many small teams using the Source Engine to create entirely new genres. We saw the popularisation of games such as Dear Esther and The Stanley Parable – both of which started out as Source Engine mods. Garry’s Mod was initially formed as a proto-Minecraft game – a place to play with Half-Life’s props – but has slowly grown into the communal folk-gaming hub of Steam. Unique game types such as Prop Hunt have emerged from Garry’s Mod and subsequently been developed into popular standalone titles. 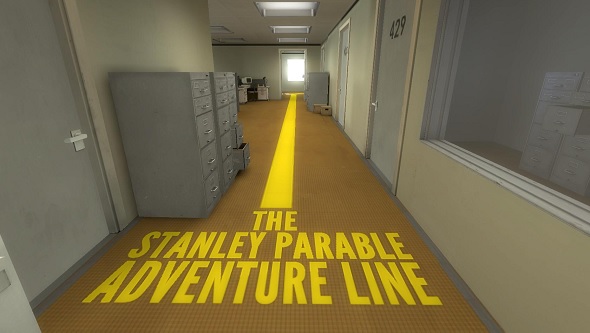 It is not a surprise that Valve’s in-house game development has dropped by the wayside over the years. After all, they are the operators of the world’s largest storefront, pioneers of strange new hardware, and managers of some of the biggest esports titles around. Yes, it is a shame that Half-Life 3 is never going to happen, and it seems the only original titles we will get from Valve are to be spin-offs, but this is a cynical way to look at the company’s future. The creative energy that propelled Valve to success in the early days has not disappeared – it has simply been transferred.

In Bridge Constructor: Portal we see Valve showing a continued willingness to let others get creative with their titles. And look at what the company has done with Steam over the past five years, opening it up as a platform so that almost anybody can get a game onto it and in front of potentially millions of players. While Valve still have plenty of big issues to iron out with Steam, the underlying effort is to allow other developers to fill the hole they left behind. Hopefully, as we march further into 2018, we will see Valve further bolster their position as curators of experimental, genre-pushing games.