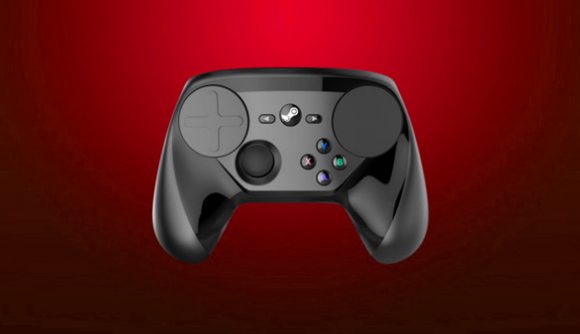 Valve has oversold the last few remaining Steam Controllers in existence, and has been forced to cancel some customer orders. The divisive controller, first introduced in 2015, was recently sold at a significantly reduced priced after receiving end-of-life status. However, the sudden surge in popularity for the would-be relic has left Valve with more orders than it can fulfil.

Users across Reddit and ResetEra took to the forums to report their recent refunded purchases (via VG247). Unfortunately for these users, it’s either go without totally tubular trackpads or dive into the inflated second-hand Steam Controller market while the going’s good and used stock is aplenty.

One user posted a screenshot of the Steam Support account’s official response. “During our recent sale, we mistakenly took more orders for the Steam Controller than we were able to fulfil. As we are no longer producing this product, we are unable to send you a Steam Controller and have refunded your purchase…. We sincerely apologise for the confusion and inconvenience.”

One saving grace for Steam Controller connoisseurs is the potential for a Steam Controller v2. Valve has filed patents for a second-gen design that features the Valve Index Controller’s pressure functionality, but even that is not confirmation enough of the company’s intent to venture back into game controllers.

If you really must grab a controller today, the best game controllers for PC aren’t going anywhere.

Valve has been on a rather successful streak in hardware as of late – the Valve Index is sold out in the US and Canada following the announcement of Half-life: Alyx’s release date. Perhaps this will bolster its tech aspirations once again after its early missteps.

Looking at you Alienware Steam Machine that sits on the corner of my desk as a monument to broken promises… never again.

And if Valve’s inability to fulfil Steam Controller orders proves anything, it’s that, for some unknown reason, y’all love a trackpad. May God have mercy on your souls.