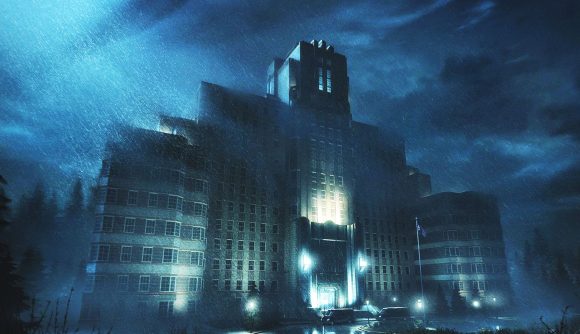 Paradox has posted a series of teasers that are likely to point towards their upcoming Vampire: The Masquerade game. The images, which you can check out further down this article, seem to show off locations seen throughout the RPG series.

The pictures (via PCGamer) were all posted as if they related to Tender, a Vampire-themed ARG masquerading as a dating app. They seem to show locations like The Ocean House Hotel, the Nosferatu Warrens, and the Surfside Diner, all while referring to soulmates, and pointing back to that dating website, Tender.

The ARG launched last month, and was our first hint that an official project was in the works. It seems, however, that we’re likely to get some more concrete confirmation later this week. GDC takes place in California over the next few days, and the third tweet in that thread asks “is it the 21st already?” That relates to the Tender launch party, which is happening in San Francisco this week, and will be livestreamed on Twitch.

It doesn’t take a genius to realise that that’s probably a front for a game announcement, meaning we’re likely to get our first look at whatever Paradox is working on pretty soon.

We know there is something big happening on the 21st – but what? Will we finally get our soulmate? What does it all mean?
Thread incoming – This is what we have dug up so far – Maybe you could check out https://t.co/1etoJVjF8f and help us find out more? 😉 #tenderbeta pic.twitter.com/q7y1uAWTTK

Vampire: The Masquerade has been through many different iterations over the years, and while Bloodlines might its most famous outing in the videogame world, it’s looking like a more recent pen and paper version could be the setting for the new vampire game.

Related: Here are the best RPGs on PC

While there’s no release date in sight, we can be fairly sure that Paradox is handling the new game itself. Former developer White Wolf was brought in-house after a recent controversy over a recent tabletop release, meaning the new VTM game is likely to be a first-party release.