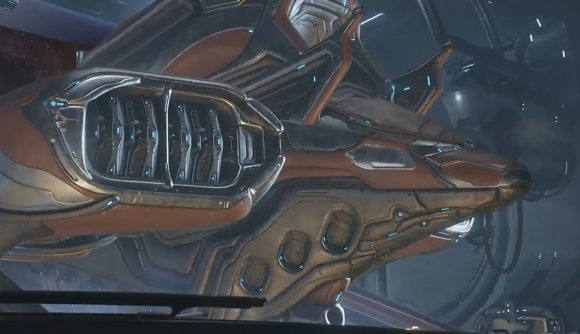 The Warframe Empyrean release date is still set for a vague point in the future, but today’s developer stream saw Digital Extremes showcase the biggest part of the massive update: Railjack. Some things have changed since the last time we saw Railjack in action, so now’s the time to break down everything you can expect – especially since you’re probably already building your ship after Rising Tide.

Railjack has you and three other players team up to command the titular vessel. You can play the mode solo, but the higher difficulties are tuned to require co-op – you won’t ever be locked out from solo play, but you will have a very rough time keeping up as the challenge increases. You will be able to matchmake into a friendly crew, even if you don’t have a Raijack yourself.

“We are dealing with the most co-op intensive version of Warframe,” as Rebecca Ford describes it. “Everything is catered to moment-to-moment decision making: whether you’re making ammo, whether you’re casting powers, whether you’re going from point A to B to C putting out fires. It is pure chaos.”

Your crew will have to divvy up responsibilities during combat against NPC fleets. You’ll need someone at the helm, and folks using the multitool to repair breaches or spending resources to construct ammunition. You’re free to move around the ship as you want, so the party can swap between roles at any time – there’s also a menu where you can see a map of your ship, give commands to allies, or directly spectate to see what your crew is doing.

You can also leave the ship in an Archwing flight suit to get into dogfights or board enemy capital ships. There, you’ll fight the NPC crews, and you can either destroy the reactor to blow up the ship entirely, or take the helm to turn the enemy’s weapons against other targets.

Avionics, which are basically Railjack-focused mods, will let you customise your ship. Battle avionics are similar to Warframe abilities, as they’ll give you three active abilities with basic powers. Tacticals are similar, but more powerful and focused on higher-level tactics. Integrated avionics are essentially passive buffs. (Notably, active power management has been removed since Railjack’s last showcase – the devs say it was too much to keep track of during the chaos of combat.)

You’ll level up and learn abilities through Intrinsics, which is a player-level skill system that progresses regardless of which Warframe you’re using. Railjack will launch with Tactical, Piloting, Engineering, and Gunnery Intrinsics, but Command – a set of skills focused on solo play with NPC crew members – will come later. You will get an item for a free Intrinsics respec when Command goes live.

Warframe has always been one of the most notable co-op games out there, but Railjack aims to double down on cooperative play in a big way.