When is the Warframe Empyrean release date? Here we run through every detail revealed about the spacefaring update, from ship customisation and Squad Link to the Kingpin system and Archwing combat.

Warframe Empyrean is the next ambitious step for the space game, adding multi-crew ships and massive space battles that you can access seamlessly from your clan’s dojo. Once in space you’ll be able to exit your ship – known as a Railjack – via the Archwing, board an enemy battleship, and take it down from the inside. Empyrean is much more than a new type of mission for you to try out, though, as the new warships can be upgraded and decorated much like a Warframe. There’s also a new Squad Link system that allows you to call in groups of other Tenno to help you achieve your objective.

But there’s still some information we don’t know about Warframe Empyrean. So, to clear up any confusion and unearth some details you may have missed from Tennocon 2019, we’ve compiled this list of everything we know about the upcoming expansion.

Unfortunately, this one is a bit up in the air, so to speak. We were hoping to get some information on the Warframe Empyrean release date at Tennocon 2019, but we came away disappointed. We also asked Digital Extremes COO Sheldon Carter if there is a timeframe in mind, but he told us there is not. 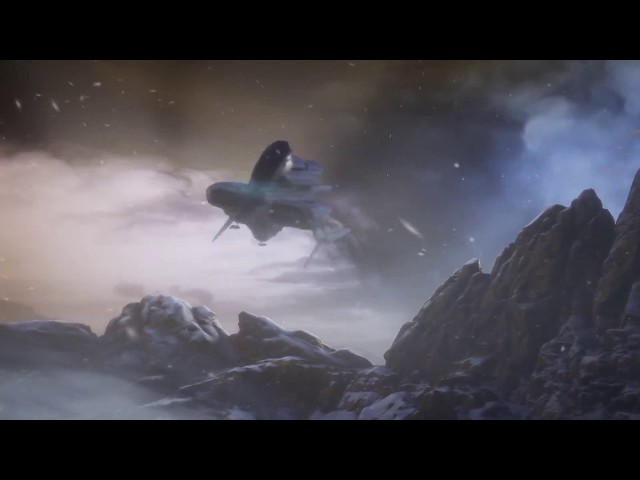 What will you be doing in Empyrean? For starters, you’ll be able to call in a massive, multi-crew warship if you head to your clan’s dojo. Once inside, you can take a look around, customise your ship, and hang out with your friends. Once your preparations are complete, you can take the helm and blast off towards a set location, like an enemy ship. In case you were wondering, the Railjack belongs to whomever spawns it and starts the mission.

While in transit you’re free to move around the ship and take in some of the stellar visuals. The demo mission from Tennocon 2018 – as seen above – sees the team arriving in the Frontier Grid Ruins sector outside Venus, which is where Fortuna antagonist Nef Anyo keeps his fleet. Once there, one player takes the main controls and heads towards the capital ship. At the same time, the rest of the squad can swap between manning battle stations, handling enemy boarding parties, and putting out any fires on board.

Once you’ve managed to get close enough to the enemy capital ship you can board it via the Archwing. Inside, you’ll have to battle your way through a relatively short distance to the ship’s engine room, where you can shoot its power nodes and set a target on the core. Outside, the rest of your crew will have to keep the ship safe against more enemy boarding parties and fighters.

Mind bender: everything we know about Warframe Duviri Paradox

When the target is manually placed on the ship’s core, it’s time for one of the crew members aboard the Railjack to head to the main weapon, charge up a shot, and destroy the capital ship. The final challenge is to escape the ship as it’s exploding, which effectively means spamming the game’s extensive movement abilities until you find an exit.

If you’re struggling at all, however, you can use the new Squad Link system to call for help. Effectively what this does is send out a distress beacon that other squads of Tenno can answer. In the Tennocon 2019 demo, which you can see below, the team who answer the call are given a shield generator to destroy, creating a moon of Endor moment from Star Wars.

Warframe Empyrean is also introducing a new Kingpin system. In short, enemies you chop down have the chance to spring back up with a vendetta against you. The longer you leave their hatred to boil, the stronger they become. That malice for the Tenno is on show in the 2019 demo, where one enemy has grown strong enough to commandeer a ship. 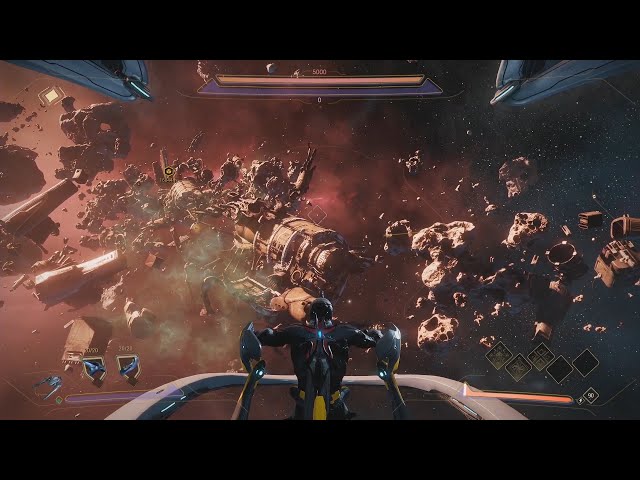 One of Digital Extremes’ major inspirations for Empyrean is an ‘80’s animation called Robotech. As COO Sheldon Carter explains, it’s because the vintage cartoon gives viewers a feel for the enemies’ personality.

“It’s funny because every time I look at a Grineer Galleon, I can’t help but think of a Zentraedi armada ship coming towards me,” Carter explains. “The art team killed it, and they have the same silhouette as those things. And so, when you feel like you’re hunting between rocks for them – like the fighters are blowing by you, but you can hear their chatter – it doesn’t necessarily make sense, but it’s just cool because it’s giving you a flavour of the enemy having a personality that you can understand. That’s something that Robotech also did well; giving you the vibe of the opposing force.” 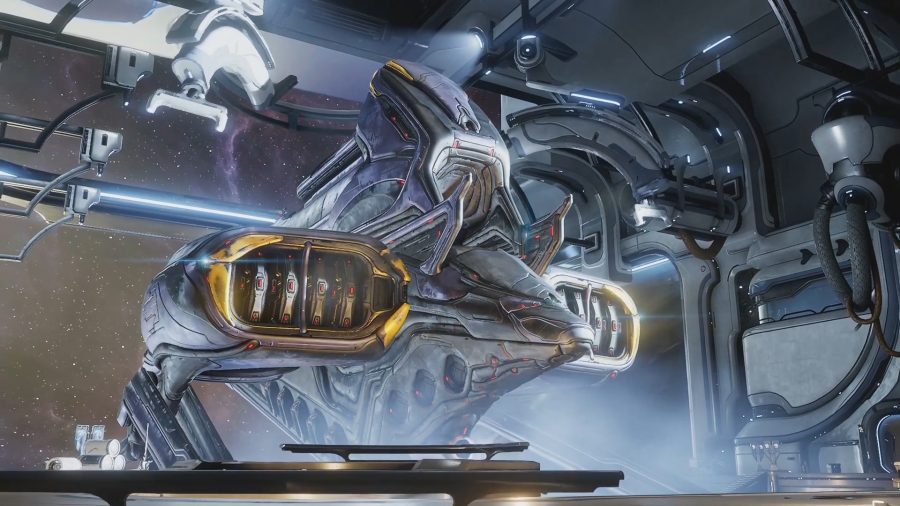 One new feature that you’ll have to take into consideration is ship management. During the 2018 demo, we briefly see a menu screen in the ship’s command post that lets you divert energy between shields, weaponry, and engines. You’ll also be able to swap weapon systems and monitor the health of the ship’s hull, life support, and reactor. Empyrean will also have Faster Than Light-style fires. Sinclair commented that “It’s a bit FTL, in that way that you need to manage the ship and its structural integrity, as well as flying it and manning the turrets.”

The warship you’ll be controlling is the Sigma Series Railjack, a multi-crew Interceptor. So far, this is the only ship of its type in Warframe, and it’s unlikely that the update will launch with any other multi-crew ships.

Creative director Steve Sinclair says the team is looking into different Railjack ship classes, but doesn’t “want to ask players to deeply invest in one thing and then say, ‘Here’s another one’.” Sinclair also says that it “took a hell of a lot of effort to get this one ship” working and balanced for the demo, so if we are getting multiple ship classes it might take some time.

Instead, the plans for Railjack ship customisation revolves around decking out the one ship with everything from decorations, colour schemes, and mods, to upgrading pieces of the ship like the reactor and weapons systems.

We also got our first look at what the Railjack’s UI will look like, take a look below:

"Tenno, your presence is needed on the bridge."

This is a mock-up of a work-in-progress, so do keep that in mind as that means this design may change. What we can see, however, is that an icon indicates a reactor that has suffered considerable damage – a handy indication that something needs fixing.

Seeing as you’ll be using the Archwing a lot more in Empyrean it makes sense that Digital Extremes is revamping the controls so that they feel as satisfying to use as they are in the rest of Warframe. Fortunately, the team is working on a new control scheme based on their findings from building the Railjack interceptor.

And there you have it, everything we know from the Warframe Empyrean release date to the gameplay itself. It’s all shaping up to be quite exciting – people often look at Warframe as ninjas in space, so adding some pirate-like fun to the mix should lead to the kind of fun we’ve come to expect and love from the Digital Extremes’ space-set dice ’em up.