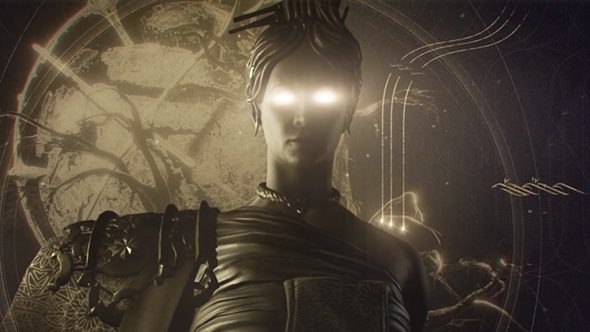 Warframe’s latest cinematic quest launches soon, and a new trailer for The Sacrifice gives us a (tiny) taste of what to expect from the upcoming update. Don’t expect much detail – even last year’s TennoCon teaser was a bit more concrete – but do expect to dive in for yourself soon, because The Sacrifice launches this month.

“For generations, you’ve slept. No purpose,” a voice grimly says to open the trailer. “No call to wake you. Wake up, Tenno.” Under the voiceover, some fashionable player characters appear – winners of a casting call to be featured in just such a promo – highlighting their rankings and hour counts. At the end, Ballas shows up, along with the words “forgive me.”

You can get into some excellent games without plunking down an entry fee – here are the best free-to-play games on Steam.

Ballas is also the centre of attention in the new teaser site, which holds a couple of clickable easter eggs. Clicking an area of the background moon starts the line that “Lua brings you strength,” while clicking Ballas’s eyes makes him say “but you cannot defy your creator.”

More practically, the site does confirm you’ll have to complete the Apostasy Prologue mission – currently the final main quest – before jumping into The Sacrifice, though that’s likely unsurprising. We do know that this quest will introduce the Umbra Warframes, which should prove a cool (and shadowy) set of additions.

The Sacrifice is scheduled to launch in June, so it won’t be much longer before it’s all at your fingertips. To make the last stretch of the wait a bit easier to bear, you can get some free goodies with the promo code OLDFRIEND, granting an Orokin tea set decoration and 3-day affinity booster.