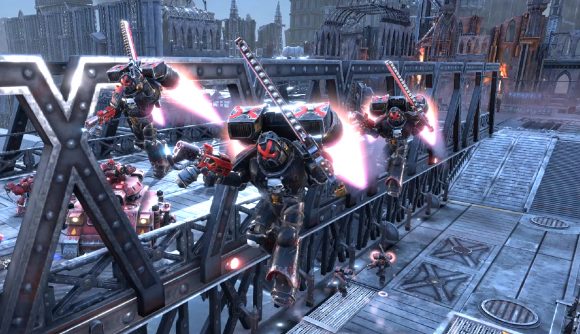 Warhammer 40,000: Battlesector is a great Warhammer 40K game, and a pretty decent turn-based strategy game to boot, as we explained in our review back when it launched in July. The key to this game’s long term success though will rely on developer Black Lab Games’ ability to bring new updates and content, as well as invest in the growing multiplayer community.

On that score, at least, we have some news. In a developer diary released today, Black Lab talks about some of its plans going forward, as well as what the team has been up to so far. The highlight for Warhammer fans is that not only will there be new Tyranid and Blood Angels units dropping before the end of the year, an entire new faction is due “early next year”.

Sadly, we don’t know any more than that, but it’s good to have something to look forward to. The developers are also hard at work putting together a new quality of life and balance patch that’s due to launch soon. “We’ve been working on numerous balancing changes, and bug fixes,” the update explains. “We expect to release a new patch on all PC platforms in the coming weeks.”

This in is addition to the work being done to bring Battlesector to consoles. Two major changes coming in the patch include an adjustment to low scoring damage rolls, and a visual improvement for the Tyranids when you’re playing as them in skirmish or multiplayer. 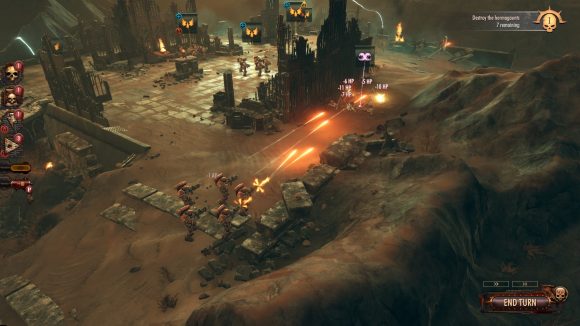 In terms of the former, the way the combat model calculates damages will now mean that heavily armoured units will be able to weather shots from weapons with low piercing stats, to avoid the ‘death by a thousand cuts’ effect that could sometimes happen.

As a faction, Tyranid units benefit from sticking close together due to the synaptic link that special leader units share with lower-tiered units. The new patch will introduce a visual change so you can see what units are linked as part of the same synaptic grouping.

Last but not least, the development diary mentions that the team is also working on providing support for tournaments, which as you can imagine is kind of important for a Warhammer game with a strong online component. The first version of this is also due out by the end of the year.

Make sure you check out our sister website Wargamer, which has everything you could possibly need when it comes to Warhammer 40,000.