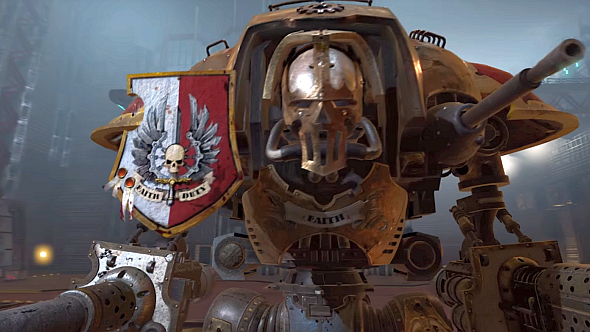 We just heard that Warhammer 40,000: Inquisitor – Martyr is set to leave Early Access in May, and marketing is stepping up. Among the many things you may be wondering about it, since it’s clearly taking inspiration from Diablo, is whether its bosses can compete for size and ugliness. Turns out: yeah.

Which of these exciting upcoming PC games are you most looking forward to?

According to a new trailer, bosses in the game will come in a few tiers, with the lowest – Champion – cropping up at least once in every fight. There are six tiers in total, with examples clearly inspired by tabletop units such as Dreadnoughts. Devs Neocore are keeping the nastiest as a surprise, with a big question mark instead of the tier six ‘Nemesis’.

Nonetheless, there’s a pretty exciting consolation prize. With the words “sometimes the tables are turned,” the trailer closes with footage of the player driving an Imperial Knight – a massive combat walker with many large guns.