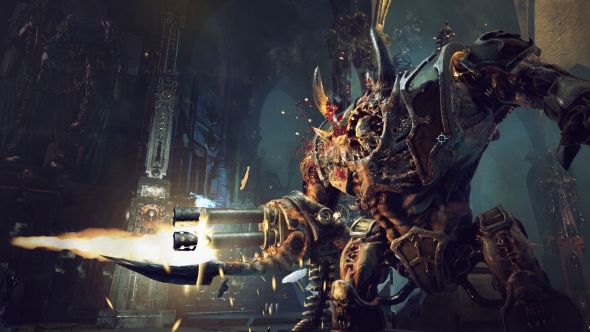 The clarification comes after Neocore made the headlines for a developer update in which they said they would work 90+ hour weeks to get Warhammer 40,000: Inquisitor – Martyr ready for release.

Action or otherwise, these are the best RPGs on PC.

In a statement to PCGamesN, PR manager Gergo Vas explains the team’s policy on overtime:

“We don’t really ‘crunch’ as a whole team and nobody is doing 80 or 90 hours a week,” Vas tells PCGamesN. “We don’t believe in collective overtime, meaning that if there’s extra work to do in one field, then only the people responsible for that part of the job should be in.

“There are (many folks) who never do overtime, and there are others who do reasonable overtime regularly. For this, people can choose from overtime pay, vacation time for other periods or less work time on other days. There are many options and this is a practice here for more than ten years. No one at Neocore was treated negatively for not doing overtime.”

This comment is somewhat at odds with previous statements made by NeoCore, but their staff have since insisted on Twitter that at least one of those statements was meant as a joke (see original story, below).

Update, April 20:NeocoreGames say their 90 hour work week promise was intended as a joke, after the comment drew widespread criticism from fans and those in the industry.

Earlier today, the developers of Warhammer 40,000: Inquisitor – Martyr announced that the game would be delayed by a little less than a month. The new release date of June 5 is a fairly minor setback for the game, but the accompanying promise that the team would be working “90+ hours per week” after the setback drewwidespread criticismabout crunch time in game dev.

Now members of the development team are calling that statement an unfortunate joke, responding to the waves of criticism that followed.

We won’t do 90 hour weeks – it was meant as a joke, and I have removed it from the original post already. The wording was off and misleading – we are treated more than well at @NeocoreGames . #inquisitor40k

Thanks for your concerns but what we meant was that we do our max in the given extra 3 weeks to make Inquisitor better. We don’t force ppl to work 90/7, even the 3 producers/owners don’t do it and they have the longest days. It sounded ironic in Hun, I’m sorry it didn’t work and

and made everyone upset. We at Neocore all consider Inquisitor as our own love project and it’s true that we’re working hard on it but we gladly make it for a great result. I kindly ask you not to judge the company and the game on 1 unfortunate statement. Thank you.

The statement in question now reads “In return, we promise we’ll push this three weeks hard so it’ll be very-very useful for Martyr.”

It’s not the first time the studio’s made some zealous promises about their work ethic to fans. A Steam update in March said “Of course, we still have tons of work to do, and many of us are already pulling 80+ hour weeks, as it usually goes during crunch time.” Another in December promised “Seriously – we’ll release this patch even if the whole company has to spend Christmas and New Year’s Eve in the office.”

Whether those statements were also jokes isn’t clear, though the latter at least certainly sounds like it. We’ve gotten in touch with NeocoreGames for further details, but have yet to hear back in response. (Though it’s well outside Hungarian office hours as of press time.)

If the statements really were intended purely as jokes, they’re certainly poorly timed ones. Crunch – the act of of pulling lengthy hours during the later stages of development – has been part of the game industry for ages, though calls to end the destructive practice have gotten increasingly loud as of late. GDC last month saw many developers call for unions to help improve labor practices, with grassroots organization Game Workers Unite serving as one of the most visible faces of the movement.

Warhammer 40,000: Inquisitor – Martyr is a mouthful of a title, but the pitch is a pretty simple and compelling one. It’s Diablo, but set in the Warhammer 40k universe. After an Early Access launch last year, the game was set for a final release in May, but that date’s been pushed back a month.

You’ll now get the 1.0 release on June 5. In a Steam update, the developers say they were running behind on getting the console versions finalized in time for the original May 11 date, necessitating the delay. To keep the multi-platform launch intact, the PC version is also getting delayed, but they’ll spend the extra weeks polishing up that version. That “means that the game will be in a much better shape at release.”

As apology for the delay, the developers are dedicating to some ridiculous crunch while making up their time. “We promise we’ll push this extra three weeks in 90+ hours per week so it’ll be very-very useful for Martyr.”

For Early Access backers, they will put out one more “big Beta build update” on Steam ahead of the final release, due out on May 21.

Original story, March 15: As a universe full of grim, violent soldiers who kill enemy hordes by the shipload, it’s surprising that it’s taken so long for a Diablo-like Warhammer 40k to come to life. But Neocore Games have been building ARPG Inquisitor – Martyr for years now, and after a stay inEarly Accessthe game’s finally set to release.

If you’ve missed the details up to this point, you play as an Inquisitor, set to purge the Chaos-infested Caligari Sector on behalf of the Imperium of Man. The randomly generated environments are full of destructible elements, and you’ll have to make use of cover to defend yourself against the enemy.

Different character classes and specialization options let you build your character the way you want, and naturally there’s plenty of loot to help equip your Inquisitor. You can partner up in four-player co-op to take on the Chaos together, and Neocore promise a long-lasting connected experience with constantly expanding story content, updates, and quests.