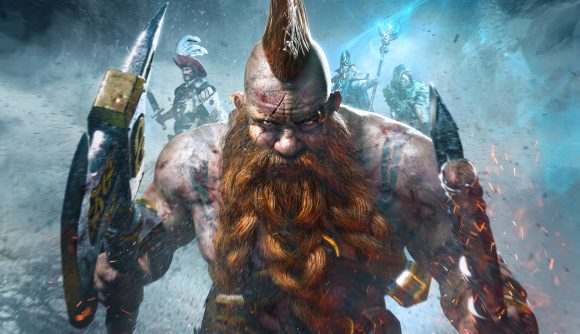 2021 has finally landed, and with it comes the latest Humble Choice Bundle featuring a bunch of PC game goodies as part of the subscription’s latest monthly offering. The January Humble Choice lineup includes a selection of horror games, simulation games, and various other goodies, including the 2019 titles Ancestors: The Humankind Odyssey and Warhammer: Chaosbane.

Ancestors, from developer Panache Digital and The Outer Worlds publisher Private Division, is a survival open-world game set in Neogene period Africa, with gameplay reaching across ten million to two million years in the past. You have to “explore, expand, and evolve your clan to the next generation”, as the dev details, ensuring it thrives (and survives) over time by deciding which skills to learn and improve to impart as knowledge, fending off predators, and keeping up with need such as eating, drinking, and resting.

Chaosbane, on the other hand, is a hack-and-slash game set in Warhammer’s fantasy universe, which lets you tackle the hordes with up to three other buddies in local or online co-op, drawing on five different character classes to tackle “over 70 monsters aligned with the Chaos Gods and unique bosses”. It also features both story and boss rush modes, along with “countless dungeons” and ten different difficulty options.

You can check out our Warhammer: Chaosbane review here if you’re keen to get an idea of what’s in store. We gave it a seven-out-of-ten, concluding that the “mission design and story can grate at times, but this is a devilishly fun homage to Diablo 3 and Warhammer Fantasy you’ll want to get your friends in on”.

Elsewhere in the January offering are the horror fests Pathologic 2 and Song of Horror, sim titles PC Building Simulator and Total Tank Simulator, visual novel Vampire: The Masquerade – Shadows of New York, pixel art adventure game Tales of the Neon Sea, along with the games Minoria, Deleveled, The Ambassador: Fractured Timelines, and Not Tonight. 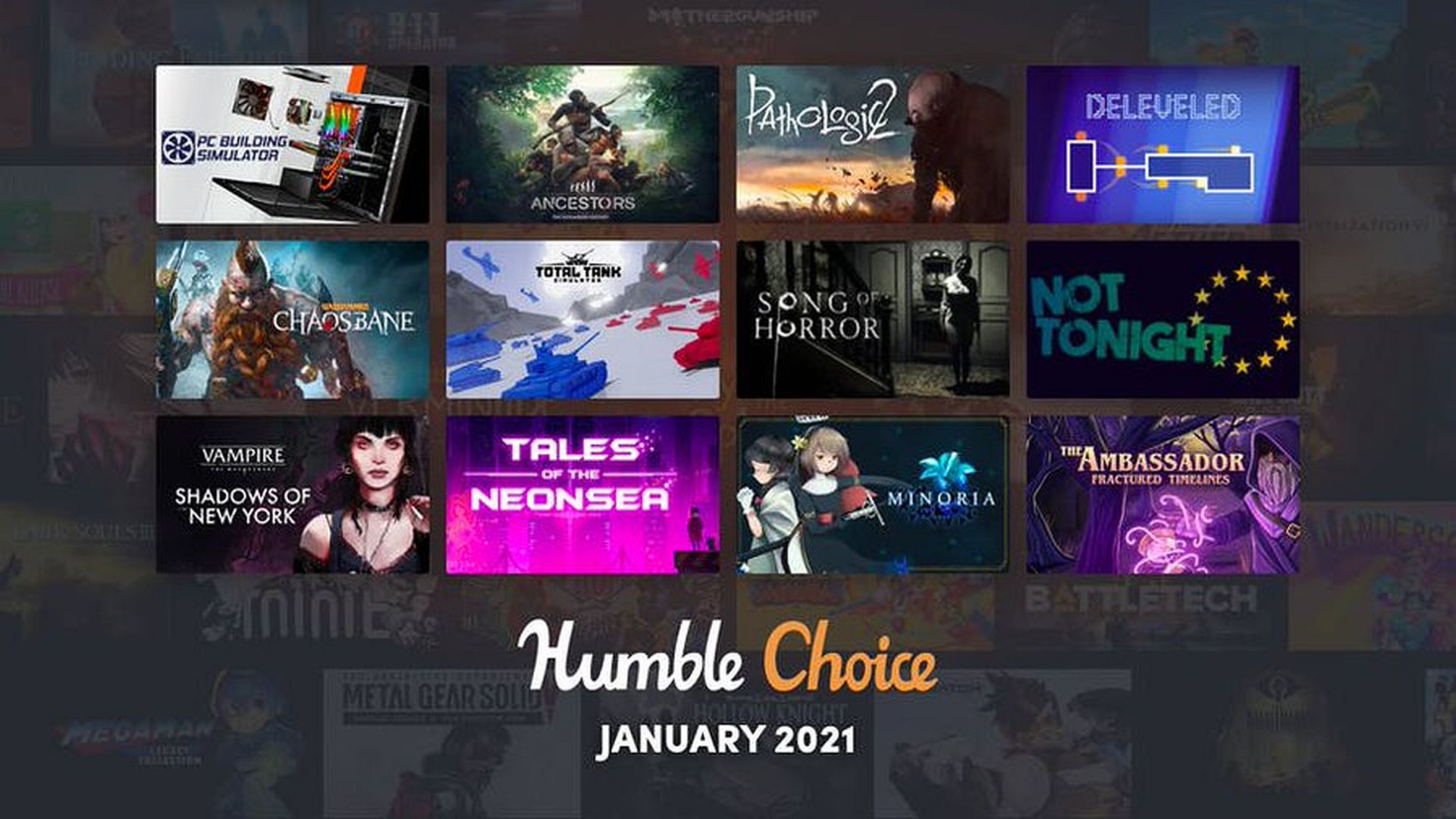 If you’re interested in signing up for the Humble Choice subscription, you can find the details at that link. The way it works is by letting you select and keep a certain number of games from each month’s selection according to the subscription tier you’re on (premium lets you pick out nine, for example). Or, we have some rundowns of the best free PC games and best free MMOs out there if you’re on the lookout for something new for the ultimate low price.