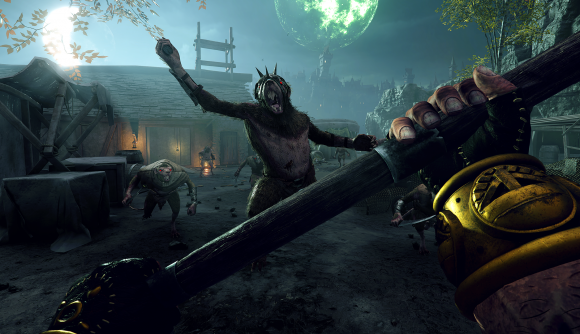 Good news, Warhammer: Vermintide 2 fans – Season 2 of Fatshark’s action game is here and with it is a new, free map to get stuck into. Titled Old Haunts, the new map brings players back into the castle’s depths – familiar from the prequel game’s Drachenfels DLC – at Lohner’s request to discover why folk from the Grey Mountain’s villages are disappearing.

“Drachenfels brings back memories, but the memories are not matching what we bring the players now,” says Martin Wahlund, CEO Fatshark. “The Drachenfels of 2020 is harder than ever, with meaner enemies, and tougher challenges.”

The map is the first of three new maps to be released from Drachenfels, and it will be downloaded automatically for Vermintide 2 owners next time they log in to Steam. Vermintide 2’s Season 2 also introduces Quick Play Weaves and Lohner’s Emporium of Wonders, among other new features, all for free.

Wahlund previously spoke to PCGamesN about the game’s incoming microtransactions. “As a start there will be a few premium cosmetics that you only buy with real money,” he explains, putting the figure of items you buy with in-game currency at around the 95% mark. However, he notes this could change over time “because we want to collect a lot of feedback from users and what they want”.

He assured fans that “there is no pay-to-win, of course”.