Where can you find the Wasteland 3 companions? Knowing the locations of all the recruitable companions in the latest Wasteland game is imperative to survival, not only do they come with some pretty tasty pre-equipped gear and skills, but they can also massively impact the story and your time in Colorado.

If you’re already a little way into Wasteland 3, you’ve probably been introduced to companions and rangers. If not, you’ll be able to recruit people once you finish the initial tutorial and arrive at Ranger HQ. Rangers and companions differ slightly, in that companions are people you find around Colorado and are involved in a mission or the main story in some way. They all have a rich backstory and their own reasons for wanting to join your squad, along with specific attributes they can bring to the party.

Please note, this guide does contain minor spoilers, so if you want to keep everything a surprise then you’ve been warned. Here are all the recruitable companions in Wasteland 3, along with their proficiencies and where you find them on the map.

The Wasteland 3 companions are:

He is the first companion you meet once you set up your station at Ranger HQ. He’s pretty transparent, in that he wants to join your group to keep an eye on you. He is proficient in Automatic Weapons, Sneaky Shit, and Kick Ass – but you can also put skills into leadership, which makes him reasonably effective in battle, but pretty handy for all the skill gatekeeping in the game.

You run into Lucia pretty early on when exploring Downtown Colorado Springs, she can be found in the Sheriff’s office, hanging out at the reception demanding to speak to Sheriff Daisy. She’s proficient in Small Arms, Weapons Modding, Bartering, and Survival – and comes with a pretty lethal revolver. Having her in your squad opens up a lot of dialogue and story opportunities, due to her belonging to one of the Hundred Families, the leading citizens of Colorado. She asks you to help her out in finding her family, which ties into the mission Sheriff Daisy sets on clearing out The Dorseys in the Garden of the Gods. 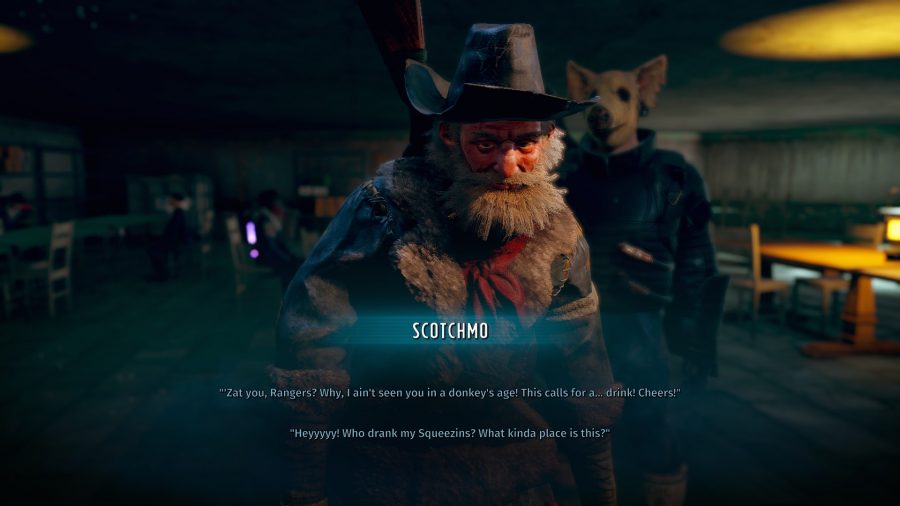 This loveable drunk is found hanging out in the Ranger HQ kitchen, swigging a bottle of, er, scotch. Although we didn’t take him with us on my antics around Colorado due to having several proficient Small Arms and Lock Picking rangers and Lucia Wesson, he does seem like he’d be a lot of fun to have around. His skills are Small Arms, Sneaky Shit, Melee Combat, and Lock Picking.

This tattooed metal-head will stop you at the doors of Union Station, a place that’s home to the Hard-Heads gang. He won’t be happy with you encroaching on his territory, and you can either scuttle away, fight him, or if you have enough skill points invested in Kick Ass, tell him to clear off to another area where you just got rid of /another/ deranged gang. If you do choose to fight him, you need to prove your worth to him by defeating him in combat. He’s proficient in Melee Combat, Weapon Modding, and Toaster Repair. Yep, Toaster Repair.

Ironclad can be found in the secret underground bunker in Broadmoor Heights during a side mission. As Wasteland 3 has multiple endings, having him around can impact how you approach the campaign’s story towards the end. He also comes with a Cyborg Tech perk equipped, so you can attach all that Cyborg equipment you’ve had laying around in your inventory. 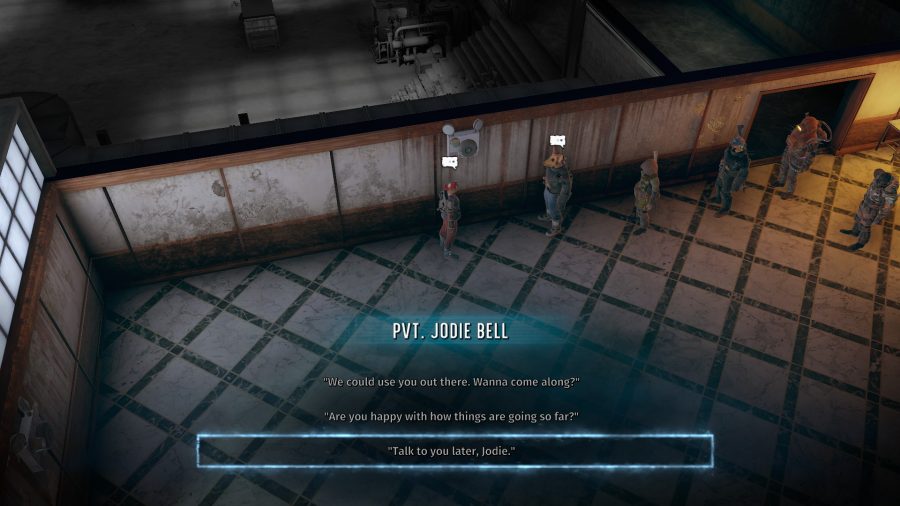 If you manage to save Jodie Bell very early on in the game, she hangs around Ranger HQ nursing her wounds until she’s ready to join the fight. Again, as we didn’t really need her at that point, but we admire her effort and her willingness to help out. She’s proficient in Sniper Rifles, First Aid, Mechanics, and Animal Whisperer.

Once you travel to Aspen to take down one of The Patriarch’s rogue children, Victory, you’re faced with an army of drug addicts all willing to fall for Vic. When you finally encounter the wild, purple-haired torturer, with a corpse hoisted by his side, he wants to join your gang. That, or face whatever daddy’s got planned for him. Vic is a psychopath with a pistol and is skilled in Small Arms, Big Guns, and Hard Ass.

Not long after your bloody meet-up with Victory in Aspen, you find Pizepi Joren, a researcher with a flair for tech. We hadn’t developed the weird science or nerd stuff skills yet, instead focusing on brute force, looting, and progression skills – so she was a pretty easy sell. Pizepi is proficient in Automatic Weapons, Nerd Stuff, First Aid, and Weird Science.

Interested in recruiting these Wasteland 3 companions? Read more in our Wasteland 3 review, or check out other apocalypse games on PC.