Looking for a Watch Dogs 3 release date? The idea that we’d be getting a Watch Dogs 3 seemed unlikely after the series’s lukewarm debut with sourpuss protagonist Aiden Pearce. However, a change of protagonist in Marcus Holloway appears to have turned the fate of the series around as Ubisoft have confirmed Watch Dogs 3 is in production. So, what do we know about the upcoming open-world hacking game?

Despite the lack of an official reveal, Ubisoft has seemingly slipped up a number of times on the subject of a new Watch Dogs game, revealing a potential setting and confirming the game is already in production through their own AI Assistant, Sam. With only two years separating the first game and the sequel, we were expecting a full reveal at E3 2018, but it seems Ubisoft is investing a little more time for its next hack-the-world adventure.

Come along as we sift through every scrap of information we have about Watch Dogs 3, from how we know it’s in production to where its story might take place. To cap things off, we’ll also list some of the features and changes we want to see introduced to the series.

Solid confirmation that Watch Dogs 3 is in production came from Sam, Ubisoft’s AI assistant for their Ubisoft Club mobile app. When asked about Watch Dogs 3, Sam responds with, “Watch Dogs 3 is not finished yet, but from the last early build I tried it’s very solid.”

Only two years separated the release of the first game (2014) and its sequel (2016), but 2018 has been and gone and we still haven’t had a reveal for the new Watch Dogs game.

A new Watch Dogs trademark filing suggests the Watch Dogs 3 release date is 2020, as one reason for Ubisoft filing for an additional trademark is that they plan to release Watch Dogs 3 on next-gen consoles. New consoles are expected to be out in the next couple of years given previous console life cycles.

It’s far from solid, but this is the first piece of Watch Dogs 3 news since Ubisoft’s AI assistant gave up the ghost.

So far the series has taken us to Chicago and San Francisco, so what setting can we expect from Watch Dogs 3? A patch that rolled out a few months after the release of Watch Dogs 2 added a few extra seconds of dialogue to the game’s ending cutscene that hints at a London setting. The patched-in dialogue is a transmission about new DedSec and hacktivist groups starting up across the world. If you take the coordinates from the top of the transmission screen and pop them into Google Maps you get an address right in the centre of Brixton, a district of South London.

A recent anonymous imageboard post alleges this setting will also feature a focus on small arms and melee combat, alongside a hefty claim about the next Assassin’s Creed game. Kotaku’s Jason Schreier has commented on the rumour, suggesting the location is spot on, but the Assassin’s Creed rumour is false, which casts some doubt on the post’s other claims. Either way, it appears we’re still a way off knowing the Watch Dogs 3 setting for sure.

London makes perfect sense as a setting for Watch Dogs 3 as its the most surveilled city in the world. It’s also dense, diverse, and packed with hackable landmarks – imagine speeding up the London Eye or hosting a DedSec takeover of all the digital billboards in Piccadilly Circus. Ubisoft have also tackled a London setting before, albeit in the Victorian era, in the form of Assassin’s Creed Syndicate, making it ripe territory for an easter egg of two. 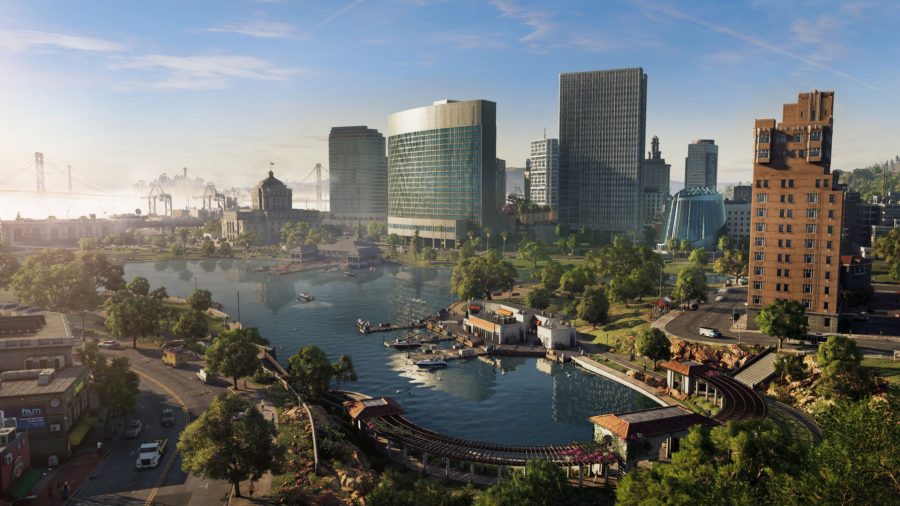 There are missions in Watch Dogs 2 where upbeat and chirpy Marcus Holloway can go on a Rambo-esque rampage, leaving hundreds dead, even on FBI property. To us, that’s not what playing a hacktivist is about. Sure, we might have to kill a handful of pursuers when forced to, but sprinting through a building with an LMG betrays the tone of the series.

Watch Dogs 3 could put the series back on track by limiting your access to deadly firearms, thus forcing you to be more creative in how you approach each objective. The best way to do this would be to give you just one slot for lethal weapons so you have to plan your loadout around the mission you’re embarking upon. If it turns out that Watch Dogs 3 is set in London then this will be a natural change owing to Britain’s strict gun laws. 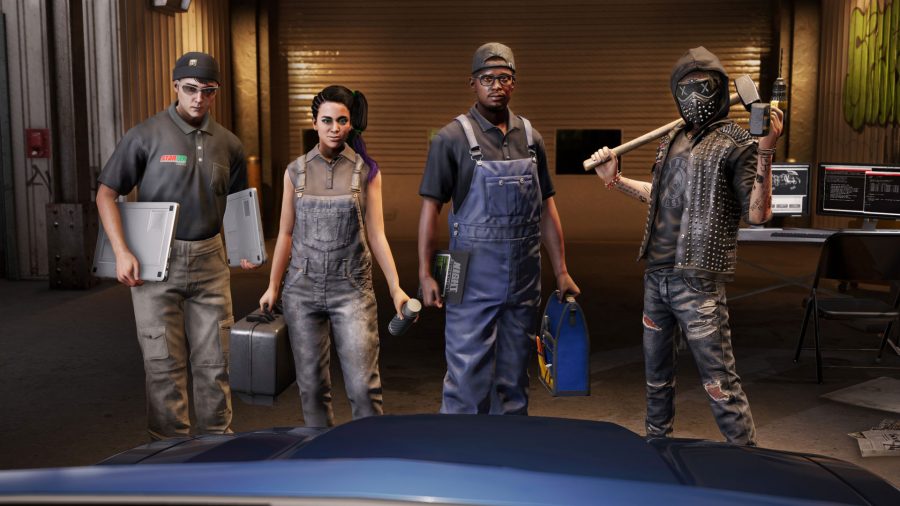 Watch Dogs 2 introduced us to Prime Eight, a rival bunch of amoral mercenary hackers who crop up multiple times throughout the story to make your life difficult. However, Prime Eight don’t feature very heavily outside of story missions and the odd multiplayer event. For Watch Dogs 3, it would be great to see not just more rival hacker groups, but to also feel their presence whenever you are operating near their base. By aligning yourself with certain factions during missions or by completing side-quests, you could unlock new hacks or reveal additional hacking opportunities across the map. 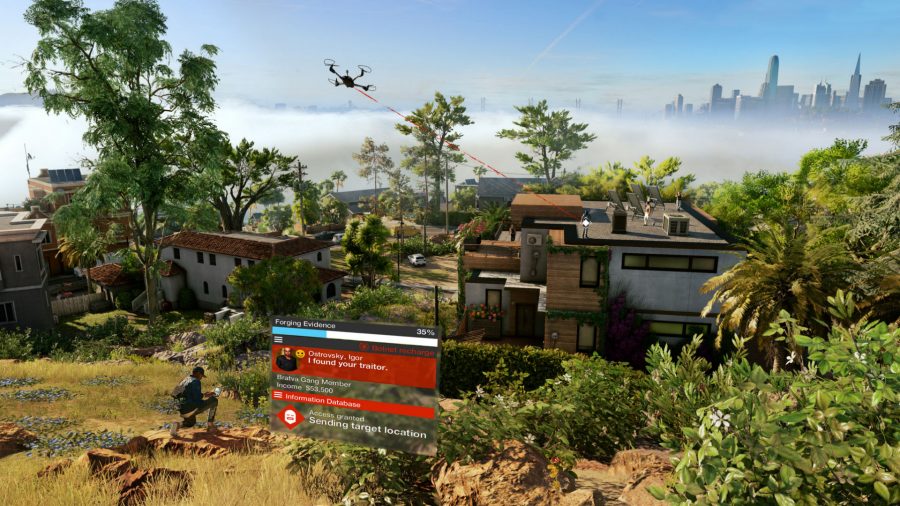 Watch Dogs 2 does a great job of developing the hacking mechanics of the first game so you can exert more control over objects in the world, but we want the ability to go even deeper with hacks. Quick hacks like triggering enemy phones, locking doors, deactivating alarms, and moving traffic are still essential. However, when you’re carefully creeping your way through a base you should be able perform more complex actions.

For example, if you have the time and hacking resources, why shouldn’t you be able to fully control parked vehicles for a short duration rather than just moving them backwards and forwards, or trigger their alarms to distract large groups? Imagine being able to take full control over the Tidus Corporation security robots or operate the arms of industrial robots so you can grab nearby guards and fling them into the air. More in-depth hacks should also require you to actually hack something via a brief minigame, adding an element of risk to justify the extra power. 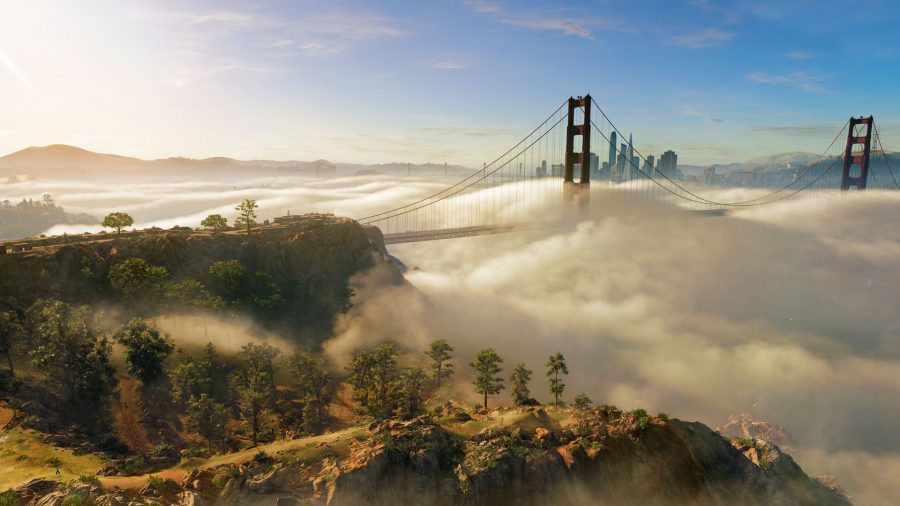 Watch Dogs 2 proved that the series doesn’t take itself too seriously, so having the protagonist of Watch Dogs 3 piloting helicopters, skydiving, or diving underwater isn’t out of the question. This would be a great way of opening the game world up even further, letting you tackle infiltrations from new angles or evade pursuers without just driving really, really fast until they lose sight of you. Even if these new modes of transport are only available in bespoke missions, like hacking the upper floors of a skyscraper from a helicopter, mixing hacking tools with these new environments and vehicles could make for some very memorable moments.