It might not be Red Dead. It may be Assassin’s Creed Odyssey, or Fallout 76. You know: whichever mammoth game has tickled your adventure gland this year, filling your belly with butterflies and your heart with wanderlust. Maybe you never quite got around to it in a busy year, and now is going to be the time. Perhaps you saved it for Christmas deliberately, anticipating a long, lazy week with your head in another world.

What you might have forgotten is that this season is, traditionally, a period where you lose control over your own time. Once you drive home for Christmas, you forfeit many of the freedoms you enjoy the rest of the year round in exchange for cake and cheese. One of your empty days is given over to travel; another couple to familial obligation; a few more to realising that, actually, you quite like your loved ones and games don’t actually feel that important right now and, oh look, it’s February.

Suddenly, Red Dead Redemption 2 is rapidly receding into the past, another open-world game you fully intended to play now ageing quicker than the bloke who drank the Grail water in Indiana Jones. A sad condition sometimes called Dragon Age: Inquisition Syndrome.

At least, that is how it goes for me. Every year. The important thing to remember is this: it is fine. There is a point at which those giddy plans we all make to play wonderful PC games tips over into obligation themselves. That way lies madness, or at least a slightly teenage sense of stress and frustration that you are not getting the hours in. Fulfilling your PC gaming shift for the day.

My advice is to just opt out. Or, rather, walk in the opposite direction. Leave your epics for the rest of the year, the cumulative playtime gleaned between the gaps of everyday life. For the winter break, pick something that will be finished by lunchtime and stick with you during the long afternoons dedicated to digesting a roast.

In the past few years, PC gaming seems to have specialised in these sorts of games: Return of the Obra Dinn, Telling Lies, Celeste, Tacoma, Ode, What Remains of Edith Finch – to name just a few. And there are plenty of worthy candidates in the overstuffed archives of Steam, too. 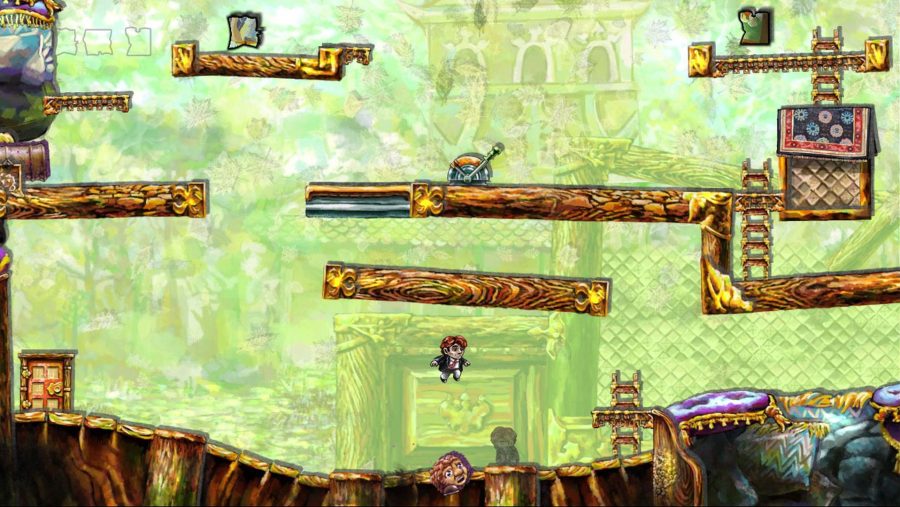 My personal favourite Christmas PC gaming memory takes place in the very early hours of December 22nd, 2010 (according to tweets from the time). The game is Braid, the couch I have been designated to sleep on is surprisingly comfy, and the heating is on higher than I could possibly afford at home.

It might be the latter that is causing the slight pain in my head, but then again, it might be the sensation of having my brain pushed further than ever before in a game. Over the course of five or so hours, Braid has taught me to rewind time, to resync the position of objects in temporal space, and eventually to think backwards, sideways, and in directions I was hitherto unaware of. Now it’s 3am and I have unlocked a corner of my brain I haven’t used before. The best headache I have ever had.

I’m not telling you to play Braid: for one thing, in the years since that initial indie boom, its writing has started to seem terribly pretentious. What I do think I’ve learned, though – no matter what they might tell you at PCGamesN. is that the best Christmas games are small-scale, self-contained, and over before The Polar Express is on telly.