As far-too-short Christmas playlists have taught us, not only is it Chriiiiiiiiiiiiissssstmaaaaassssss, but it is the most wonderful time of the year, mainly as we take a break and dedicate the holiday period to catching up on some of our favourite games.

From big open-world games you can play through from morning to night, short narrative driven games to fill the spaces between mince pie feasting, or multiplayer games to play with the family, whether that be online or together on the couch. These games double down on festivities to see us through to the new year, not just adding Christmas updates, but also being wonderfully wintery to play regardless.

We like to keep a theme going here at PCGamesN, so this list is all about games that really embrace the winter wonderland that is December. From fictional end-of-year celebrations to rescuing plague-ridden cities, videogames have offered up numerous ways to experience the joy of Christmas. These are our picks of the best of them, starting with… 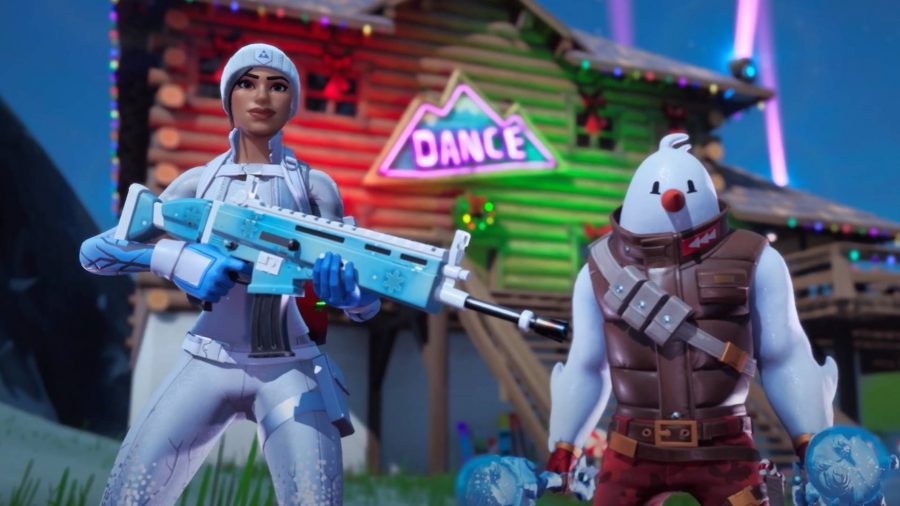 Epic Games has continually chopped and changed its shooter, even throwing it into a black hole at one point, but its endurance has made it feel like something of a Christmas tradition. It’s hard to really fathom the full phenomenon that is Fortnite – so it’s best just to knock back the mulled wine and settle down to a squad game.

Like last year, over the Christmas break Epic is running a series of daily Fortnite challenges. Some of these will be extremely simple, but others may give you a steeper challenge as the event goes on.

Fortnite Battle Royale proves there’s nothing more Christmassy than watching someone triumphantly best a few rivals and steal their thunder by sniping them from a crafty hiding place. Be warned, though: only engage in a game with your family if you are certain it won’t provoke any Christmas day spats. 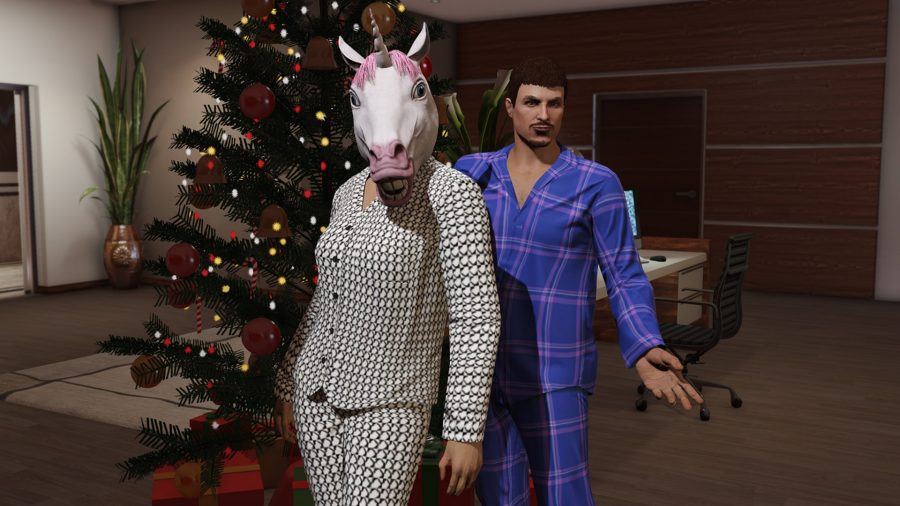 Every year in GTA V Online, Los Santos gets a sufficiently Christmassy update with huge decorated trees dotted around the map, daily gifts, and wintery heists. Rather than shooting at other players, you can toss snowballs and have a genuinely wholesome time in a game not normally known for its wholesome aspects.

Feeling festive? Here are the best Christmas levels in games

The Festive Surprise event generally runs for a few weeks starting from mid-December each year, and with the Cayo Perico Heist now in full swing, you have a whole new island to explore. 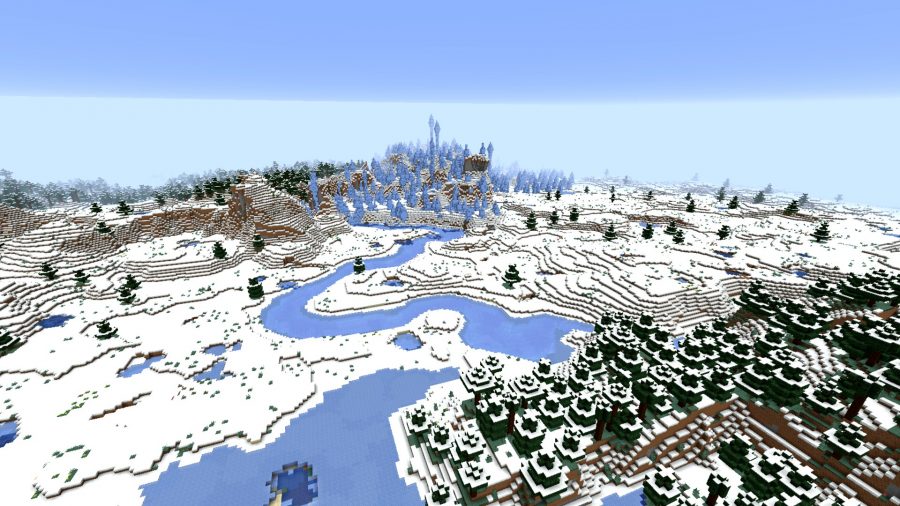 Minecraft can be any sort of game you make it, so choosing to turn it into a winter wonderland for Christmas will really get you into the festive spirit this year. Head over to a snowy biome and create the cabin of your dreams with a cosy fireplace and maybe indulge in a real-life hot chocolate while you play.

We have even created a list of the best Minecraft Christmas has to offer from seeds, to mods, and skins to help customise your world in even more ways. 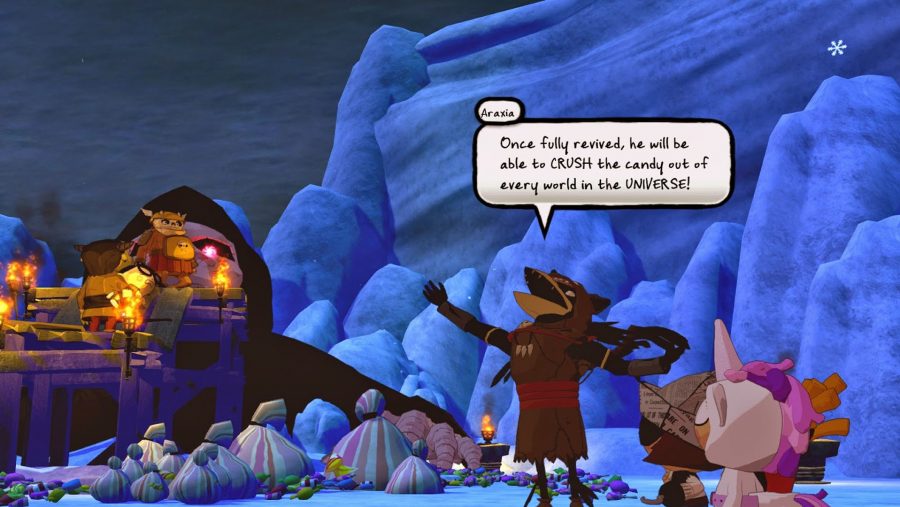 While Hollywood can be relied upon to produce films for every major holiday you can think of, seasonal games are a rarity. Whether that’s a symptom of their long and unpredictable production cycles or an industry shortage of Christmas spirit is a matter for another article to interrogate. But thankfully, Double Fine has done more than its part to fill the gap – first with its Halloween-themed love letter to JRPGs, Costume Quest, and soon afterwards with its DLC campaign, Grubbins on Ice.

Really, Costume Quest had almost the perfect setup for a Christmas movie in the American mould to begin with – three kids run around town on rollerskates, solving a kidnapping by monsters that only they seem to take seriously – the adults dismissing their concerns as childhood flights of fancy. The candy-collecting conceit doesn’t make quite so much sense outside Halloween but, draped in snow, Grubbins on Ice couldn’t feel much more Christmassy. 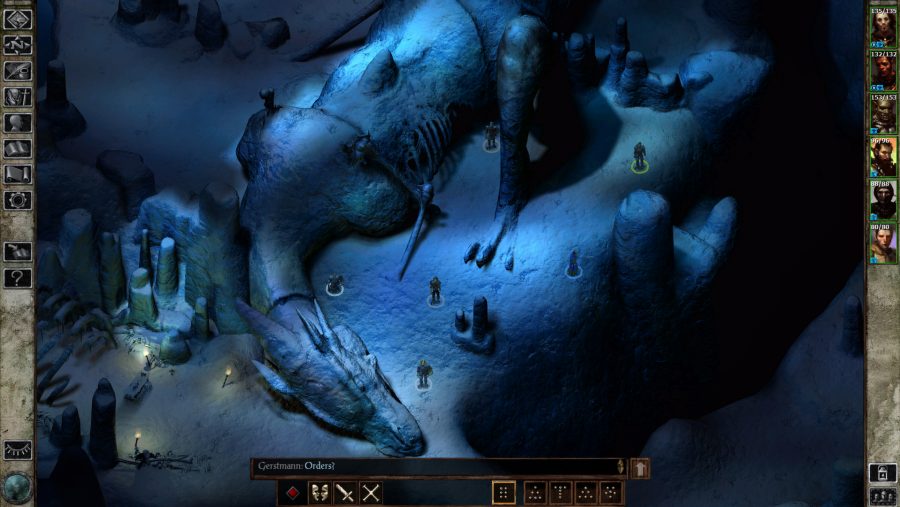 If you’re looking for a festive game with a hint of Baldur’s Gate about it, then look no further. Icewind Dale is the perfect Christmas game for you, and not just because it has ice in the title.

Of course there’s all the slaying, dialogue traversing and RPG elements you would expect from an Infinity Engine game, but this time with little pixelated snowflakes falling gently and smoke pouring from the chimneys of snow-covered homes.

If Baldur’s Gate had even a single flaw, it is that it did not feel particularly Christmassy with its high-fantasy world full of dungeons and castles. Icewind Dale is no less menacing, you understand, but if you are looking for an Infinity Engine RPG to play over the festive period there is no better candidate than this. 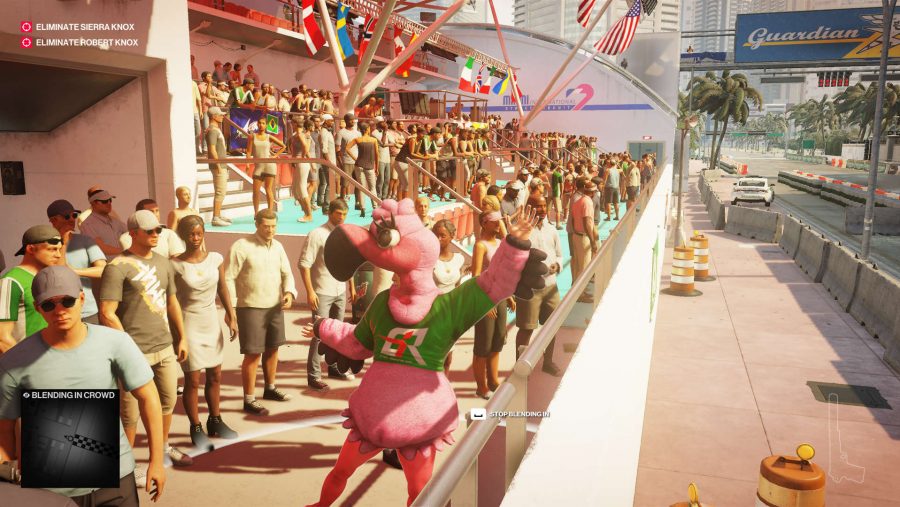 Nothing says Christmas like dressing up in a Santa suit, sneaking into a home, tip-toeing past the tree, and throttling a security guard. That’s Hitman 2 all over – murder and looking fabulous while doing it. Each year developer IO interactive releases limited-time Christmas events for Hitman 2 so you can feel festive while being sneaky and dragging bodies.

Hitman’s wintery levels and cosy interiors will fill you with festive cheer as you fill your targets with poison, steel, lead, and dread. And honestly, what’s more Christmassy that wearing a flamingo costume and killing someone? You can’t spell homicide without Ho (ho ho)! 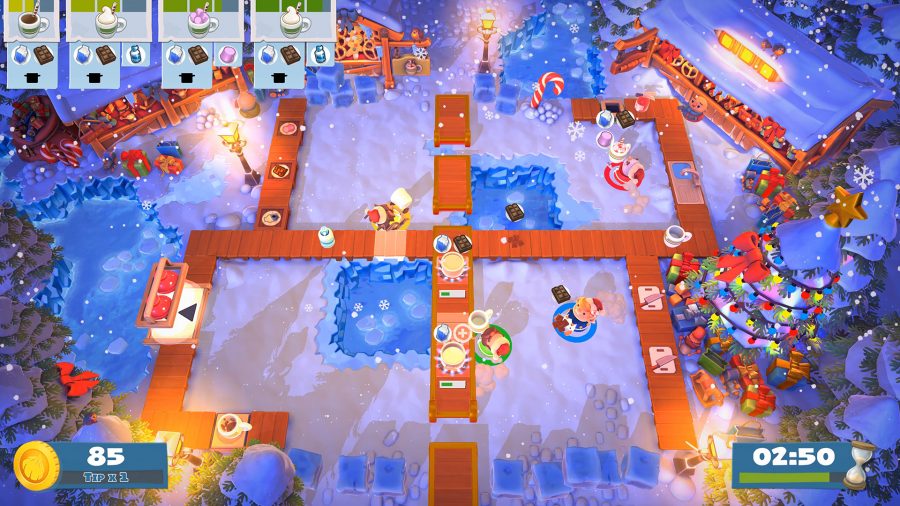 Since we have had trouble making a simple burger as head chef at Chez Overcooked, the intimidating prospect of cooking a proper Christmas dinner – with all the trimmings, of course – strikes fear into our hearts. And it threatens the fragile ceasefire after the inevitable Christmas argument.

Related: Check out the best cooking games on PC 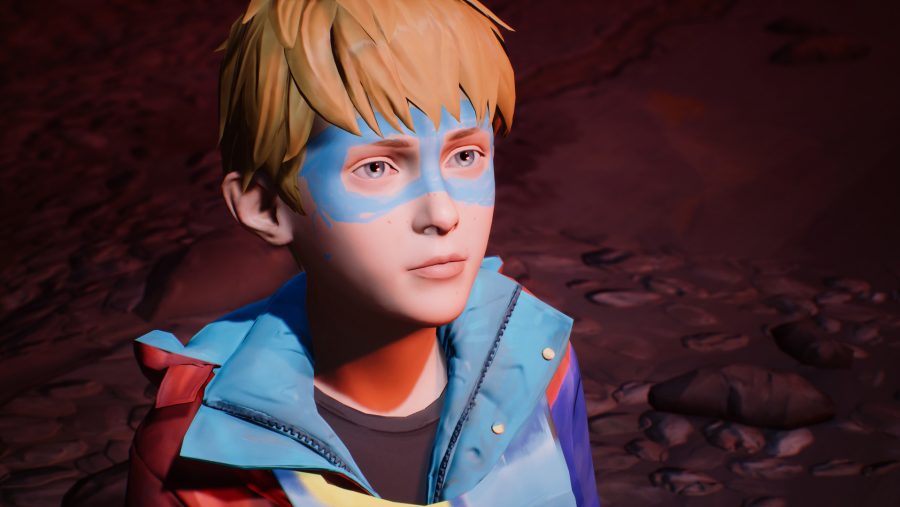 The Awesome Adventures of Captain Spirit

Get ready everyone, this one is a tear-jerker. Before the release of its sequel to Life is Strange, Dontnod put out Captain Spirit, a small spin-off adventure about Chris, a nine year old with a vivid and wild imagination who likes to play as his superhero alter ego Captain Spirit.

It tells the earnest story of Chris and his father, who are handling the loss of Chris’s mother. Surrounded by toys and comics, Chris escapes reality and transforms into Captain Spirit, battling against the forces of the evil Mantroid.

This uplifting tale would instantly warm any Grinch’s heart. It’s a small, cinematic vignette and it’s free to play over on Steam, so there’s no reason why this shouldn’t be on your Christmas gaming list. 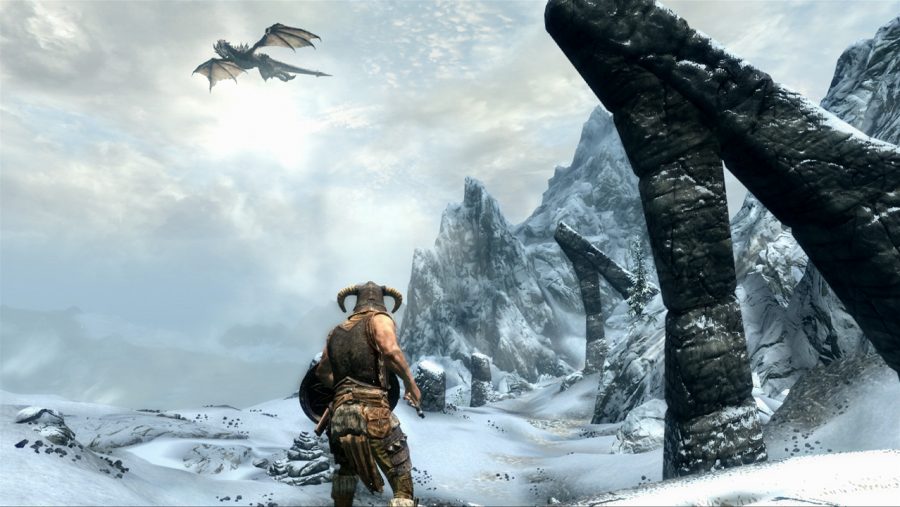 We are told outdoorsy people do exist and some of them, presumably, use the holiday to go climb an especially white mountain, or trek across real desolate wastelands for whatever weird enjoyment they get out of it.

Well, Skyrim lets you do that, and even puts some old men at the top of the beautiful, festively snow-capped mountain for you to find. The trees are woefully lacking in decoration, though.

Read more: Broaden your horizons (a little) with games like Skyrim

Chances are you have already plumbed its cold depths, but have you tried the vast selection of Skyrim mods available? We would particularly recommend a suite of survival mods that make wandering more interesting and exploration more satisfying with the constant knowledge that an icy, starving death is stalking you. That is the kind of thing that makes you think of December 25 and the baby Jesus, right?