I don’t know. First Google redesigns its logo slightly, then this. Don’t they know any form of change is inherently scary and to be avoided at all costs? In any event, Wildstar developers Carbide are about to overhaul their MMO’s loot system, aiming to reward you with more useful gear and trimming down vendor’s inventories so that quest rewards feel more special.

Wildstar’s still in a transititional state having only recently announced its switch from a subscription-based to F2P model, and as such has been subject to a fair few in-game changes lately.

Here’s the problem this latest update is trying to address, according to senior game designer Evan Graziano: “A lot of times, when rewards were handed out from quests, it could seem like the ones you got were for every class/spec other than the one you were playing at the time.

“But we’ve spent a fair amount of time reworking quest rewards to make sure that they not only provide a more reasonable progression, but are also usable and useful rewards more often. You should now always see viable quest rewards—whether you’re playing as a Warrior tank, a Medic healer, a damage-dealing Spellslinger, or another combination entirely.” 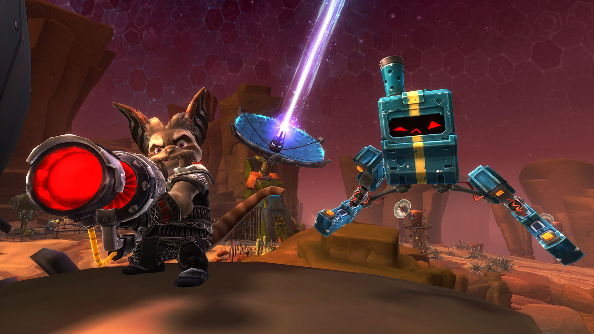 Vendors will also be subject to a significant shake-up. Their inventories were often chock-full of the same items, and made consumables so readily available that Technologists and Cooks needn’t bother crafting them themselves.But in the upcoming update, Graziano continues, “we’re trimming down vendor inventories, and removing or reducing the items that previously encroached on rewards players obtain through gameplay.

“This also allows us to place more of an emphasis on those vendors that we do want to stand out, making Corporate vendors and Reputation vendors all the more worthwhile. We’ve also gone through a number of quest and vendor hubs in the game to clear out some of the less necessary vendors.”

Worried about how the update will affect your own gear? Well, if your inventory contains items that Carbine are binning game-wide, they’ll be removed. However, they’ll be replaced by a new item of equivalent value/use/power, say Carbine. Gear used for costumes will be preserved – at least the costume itself will be, if you stored it in the holo-wardrobe, so no worries there.

Read up on the changes in full detail over at Widstar’s official site.